A14 Huntingdon bypass opens to the public 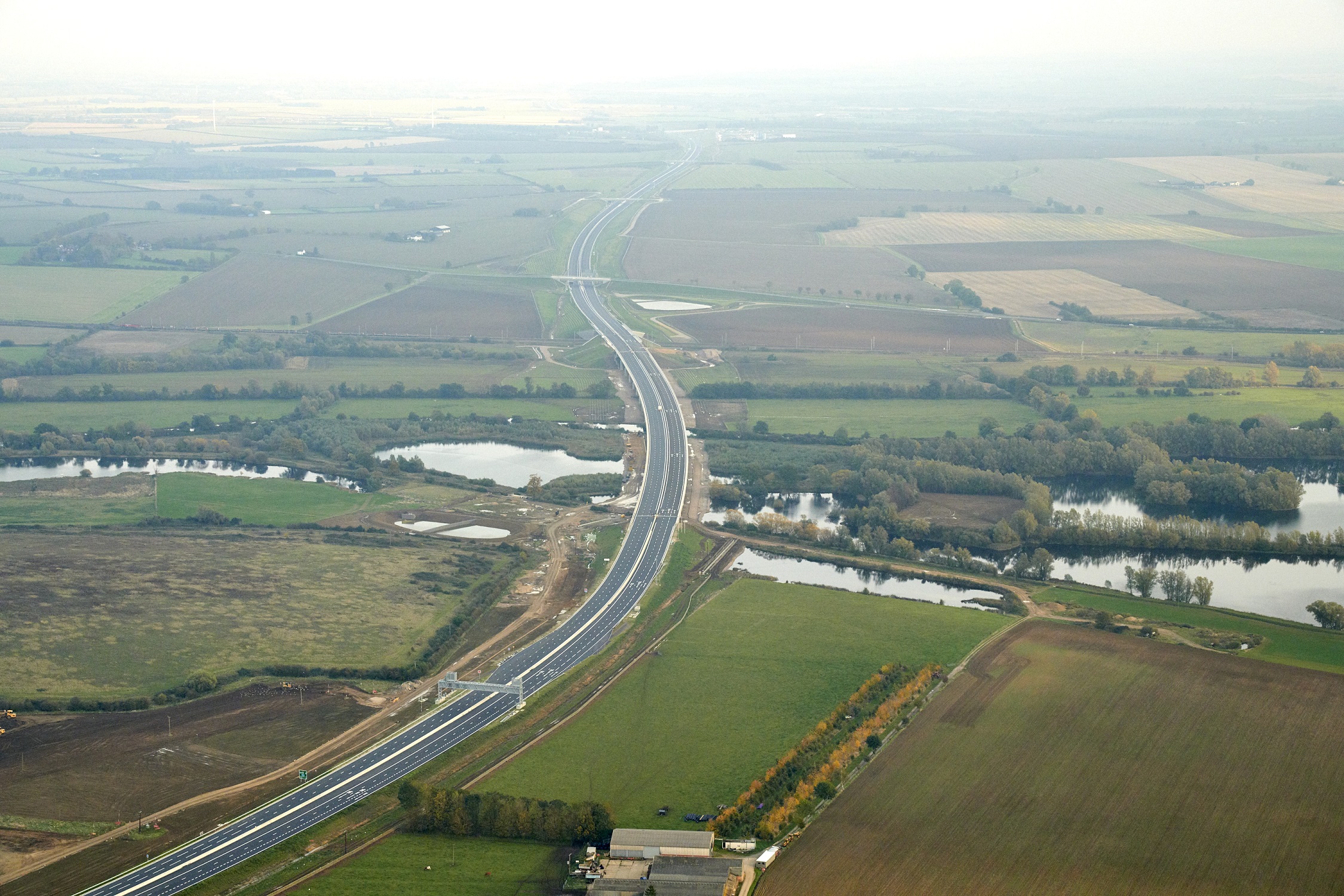 Last week the A14 Huntingdon bypass opened to the public, an impressive six months ahead of schedule.

The new road runs between Ellington and Swavesey and is part of a £1.5 billion project to upgrade 21 miles of the A14 between Cambridge and Huntingdon, which Costain is proud to be successfully delivering as part of a joint venture with Skanska and Balfour Beatty for Highways England.

With the new bypass now open, Highways England has confirmed details of how the road layout has changed, and what drivers can expect on the new road:

All A14 junctions east of and including Girton, as well as the A1 junctions, will maintain their existing junction numbers.

Drivers travelling eastbound on the new bypass will still have to join a section of 40mph narrow lanes roadworks from the Swavesey junction, so should look out for the signs when they approach the area.

The old A14 has now been closed in both directions between Godmanchester and the Spittals interchanges, to allow Highways England to start work to remove the existing viaduct over the railway and build new link roads into Huntingdon town centre. This closure will remain in place until 2022. Once work is completed, a new road layout will open with links to and from the old A14 in and out of Huntingdon instead of a viaduct over the railway station. Get more information about what is happening in Huntingdon.

While all roads in and out of Huntingdon will remain open, there will be some overnight closures to complete this work, which will be communicated in advance and diversions signposted clearly. Road users who would normally travel from Huntingdon to Cambridge will now use the westbound A141 (former A14 west of Huntingdon) from Spittals roundabout towards Brampton Hut, access the A1 southbound and then join the new A14 eastbound free flow link at Brampton interchange.

Drivers seeking to access towns and villages along the A1307 (old A14 east of Huntingdon) between Godmanchester and Swavesey can do so by exiting the new A14 at its A1198, Ermine Street junction (junction 23), travelling north on the A1198 and joining the eastbound A1307.

Drivers seeking to travel from Cambridge towards Huntingdon will now head westbound on the new A14 to Brampton Interchange, use the free flow link to access the A1 northbound, before exiting at Brampton Hut and travelling east on the A141 (old A14) to to enter Huntingdon via Spittals roundabout.

The new A14 was designed with safety as the number one priority and its design is simple and intuitive. As with any major road, the main things to remember are to keep left unless overtaking, not to drive under a Red X, stick within the speed limit and know what to do if you breakdown. A red roundel around a speed limit means it is mandatory.

Slow moving vehicles will be prohibited from using the new bypass and will be directed to use alternative local access roads. It is not always possible to join or leave the new road in all directions at each junction. This is to ensure that long distance traffic on the A14 uses the most appropriate junction for its destination, avoiding smaller roads through local communities.

Work on the rest of the project, between Swavesey and Milton, continues and is on schedule to completed as planned by December 2020.