A14 step closer to completion as new junction bridge opens 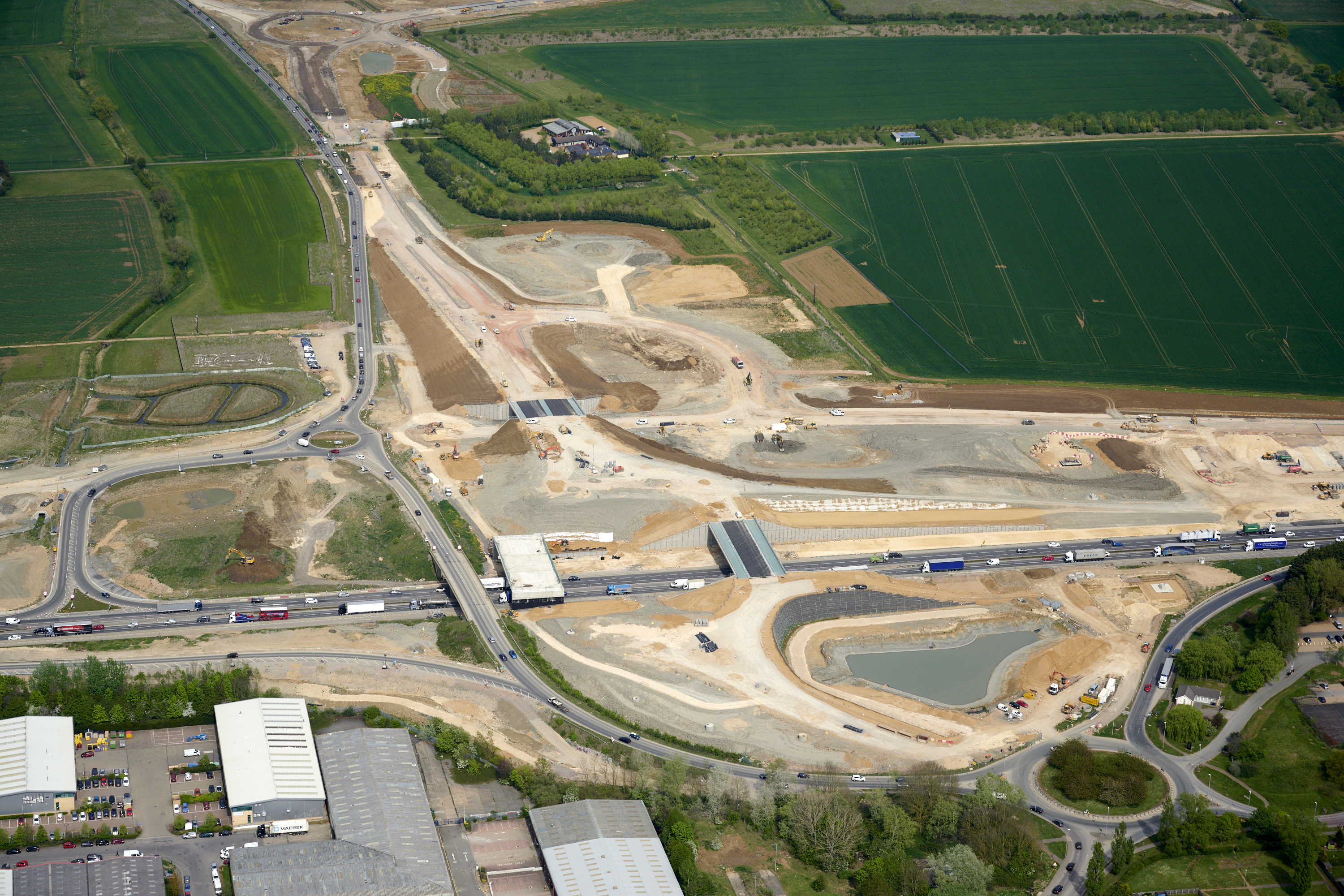 The country’s biggest road project between Cambridge and Huntingdon, which is being delivered by a joint venture comprising Costain, Balfour Beatty and Skanska, takes a step closer to completion as one of the dozens of new bridges being built for it opens early next week (Monday 10 June).

The bridge is one of two that have been built in a redesign of the A14 junction at Bar Hill, which will see the previous lone bridge replaced by a duo to form a roundabout junction as befitting of a major trunk road on this £1.5 billion project.

The two junction bridges, each weighing a thousand tonnes, were built beside the existing A14 and dropped into place while the road was closed for a single weekend last September. This innovative method of bridge building helped to minimise disruption much more than the usual way of gradually building the structure, with around a hundred lane and road closures avoided.

Deputy project director for the A14 on behalf of Highways England, Julian Lamb, said: “This epic project is taking its next step towards completion as we open yet another one of the 34 bridges we’re building for the new A14. Once fully completed, junctions like this one will ease congestion and improve traffic flow by providing improved access to and from the A14 as well as the local access road we’re building alongside it.

“We’re working hard to minimise disruption to drivers during this next phase of the junction redesign, and already have shown that here by dropping these bridges into place over one weekend rather than spending weeks building them over the road. This phase will see the accesses to leave and join the A14 change, and while we’ll sign this clearly, we want to make sure drivers are aware of the changes at this junction following this weekend’s work.”

For more information and diagrams showing the new layout, follow this link to a leaflet created by Highways England.