A465 Tree Transplant Operation Is A Success 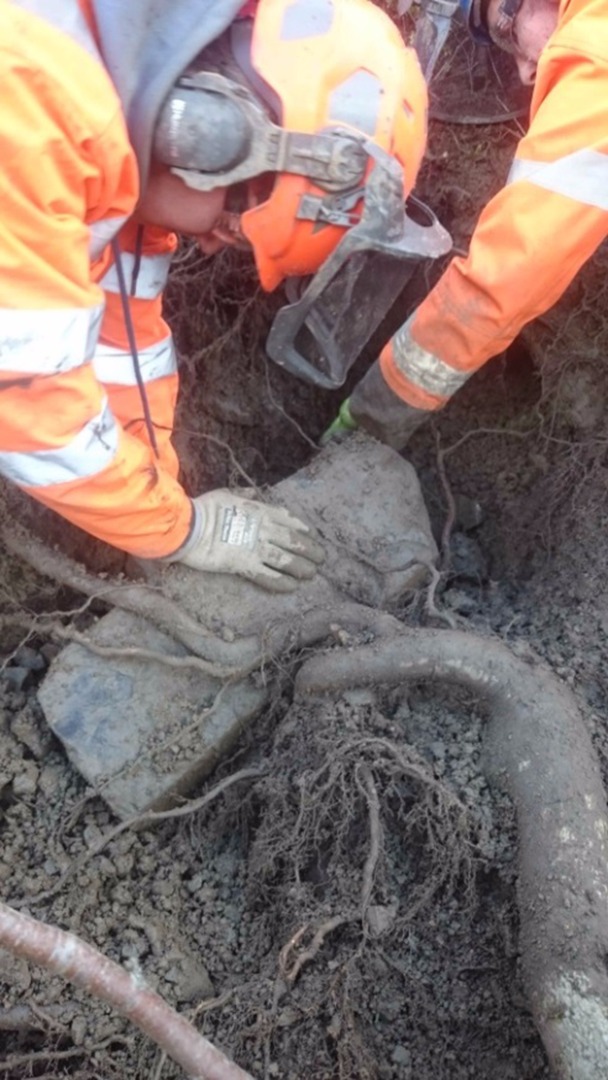 The Costain team working on the A465 Heads of the Valley dualling scheme in south Wales has used cutting edge technology to successfully relocate a Welsh Whitebeam (Sorbus cambrensis), one of Britain’s rarest trees.

There are thought to be fewer than 100 Welsh Whitebeams in existence. Distinguished by the white undersides of their leaves in summer and red berries in autumn, they are all found in the Brecon Beacons National Park. Two are located within the corridor of the A465 scheme, with one in the footprint of the new alignment. The site’s restrictive topography meant there was no alternative but to move the tree.

The tree’s age meant a successful transplant depended on retaining as much of its root structure as possible. However investigations led by Costain partners RPS (environmental consultants) and GT Jones (tree surgeons, fencing specialists and landscapers) revealed that soil conditions around the tree’s lower roots were largely unknown, making it difficult to predict the shape and extent of the tree’s roots.

To maximise root retention the GT Jones team decided to use an AirSpade – a handheld tool that fires a jet of compressed air into the soil structure. The AirSpade cuts through the soil quickly and accurately, enabling the team to remove and break up the soil without any damage to the tree’s root system and all in considerably less time than conventional digging would take.

A weekly monitoring system has now been implemented to check on the tree’s progress. To date the tree is in good condition but it will continue to be monitored throughout the Heads of the Valley scheme.