A556 Knutsford To Bowdon Link Formal Opening Marked In Ceremony 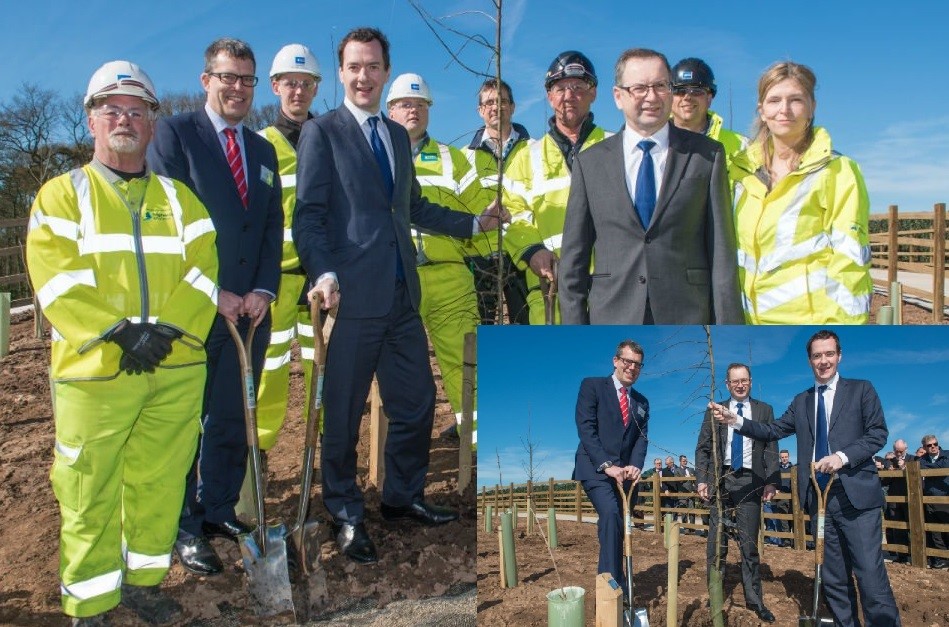 “The A556 is a key strategic route linking the West Midlands and Cheshire to Greater Manchester and Manchester International Airport. The old road was heavily congested and compromised by busy crossroads,” Jim O’Sullivan said. “This new road, built to modern standards, will provide faster and more reliable journeys between the two motorways – benefiting commerce and commuters alike.”

The new four-mile dual carriageway road, which fully opened to traffic on Monday 6 March, bypasses the former A556 and the villages of Mere, Bucklow Hill and Over Tabley. It provides a quicker and more reliable link between junction 19 of the M6 and junction 7 of the M56 for 50,000 vehicles, including 7,000 lorries, which rely on the motorway to motorway connection every day.

Speaking at the ceremony, Darren said: “This project’s success owes much to the collaborative working relationship between Highways England, Costain, the supply chain and other stakeholders. It’s because of our early partnership in the design stages that we’ve been able to deliver the project with substantial cost and carbon savings. The project will be our benchmark for collaboration with Highways England going forward, as we work together to meet our national transport capacity needs.”

Costain’s scope of works is scheduled to conclude in October 2017, including completing the Green Bridge, which will improve connectivity over the new road for farm animals but also for small mammals, birds and other wildlife. The Green Bridge is one of seven bridges provided to either carry key local roads such as the A50 over the new road or provide a link to the new dual carriageway for local communities.

The new road is the first major North West project to be delivered in the Government’s £15 billion investment in the strategic road network up to 2021. With the new dual carriageway now open, Costain’s work will focus on converting the former A556 to the B5569, with a new single carriageway road for local communities alongside a segregated green corridor for pedestrians, cyclists and horse riders. The new B road will be handed over to Cheshire East Council upon completion.