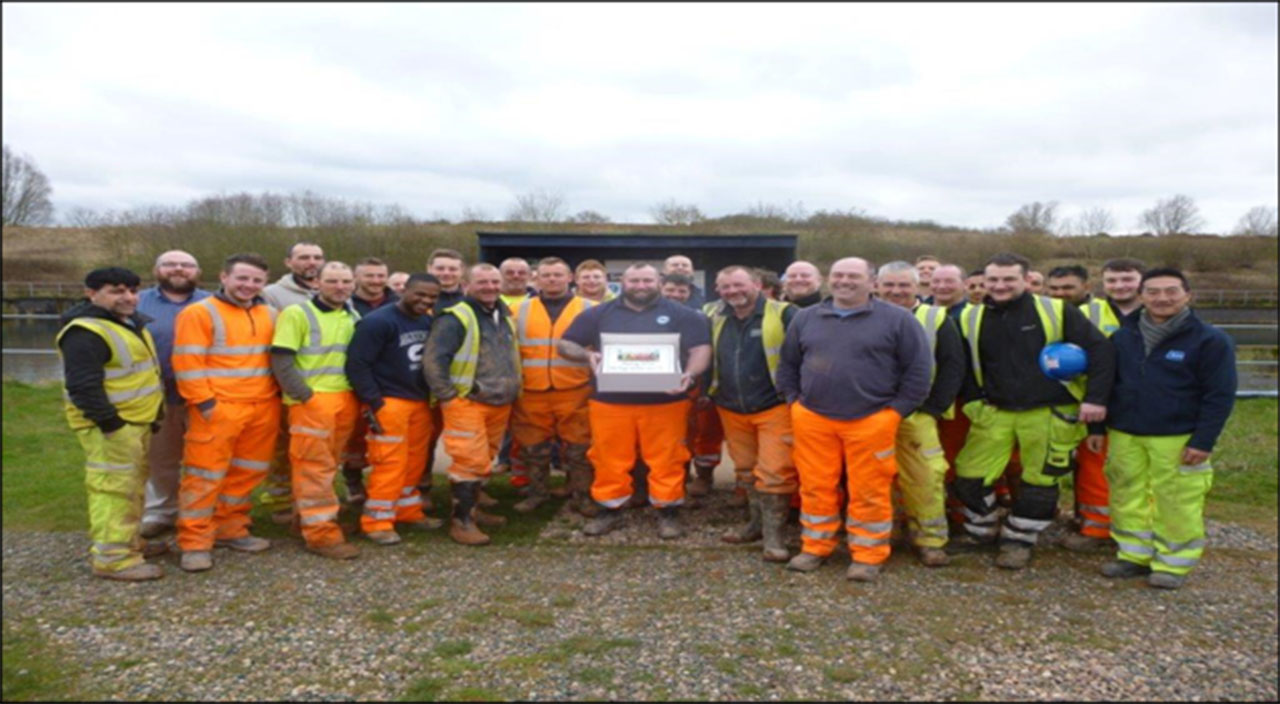 The CiM6 (Costain Integrated with MWH in AMP6) team working on the £20 million update of a Severn Trent treatment works at Frankley near Birmingham has achieved a year without an LTI (Lost Time Incident).

Earlier this year the Frankley Third Contact Tank (TCT) and High Lift Pumping Station (HLPS) project team celebrated 365 days without any time lost to a workplace injury. Their achievement is all the more impressive considering what a busy year it has been. The team has commissioned and tested the new TCT and put the new HLPS into service. It has also isolated the existing Mixing and Pump Suction Tank, a storage tank that has been in continuous service since it was commissioned in 1905.

Both the new TCT and HLPS are now well established and performing reliably, and three DWI (Drinking Water Inspectorate) outputs to be delivered in 2015 were achieved.

Other work carried out at Frankley in the past year has included the installation of further 1100mm and 1600mm diameter pipes through the heart of the water treatment works, using the dig and push method to install the cofferdams in order to reduce the risk of vibrations causing a turbidity spike. A total of 33 cofferdams were constructed to an average depth of 5.5m. Twenty strategic connections have also been made to the live treatment process and 22 pipeline abandonments have been carried out to disconnect redundant parts of the plant.

Key to the project’s safety success is the introduction of a new Take 5 booklet, which encourages the team to take five minutes to think about the job and its hazards. Under the new scheme, the front line supervisor formally re-assesses the work area with the team immediately after morning and lunch breaks to ensure they recognise hazards and have suitable control measures in place. The booklet acts as an aide memoir and also records the Take 5 session.

Said Paul Gillard, Senior General Foreman: “We sat down with the whole site early last year and said that we were going to aim for zero accidents in the coming year. Not everyone thought it could be done, but we took it a day at a time and here we are 365 days later without an LTI.”

The team celebrated their achievement with a piece of specially baked cake.