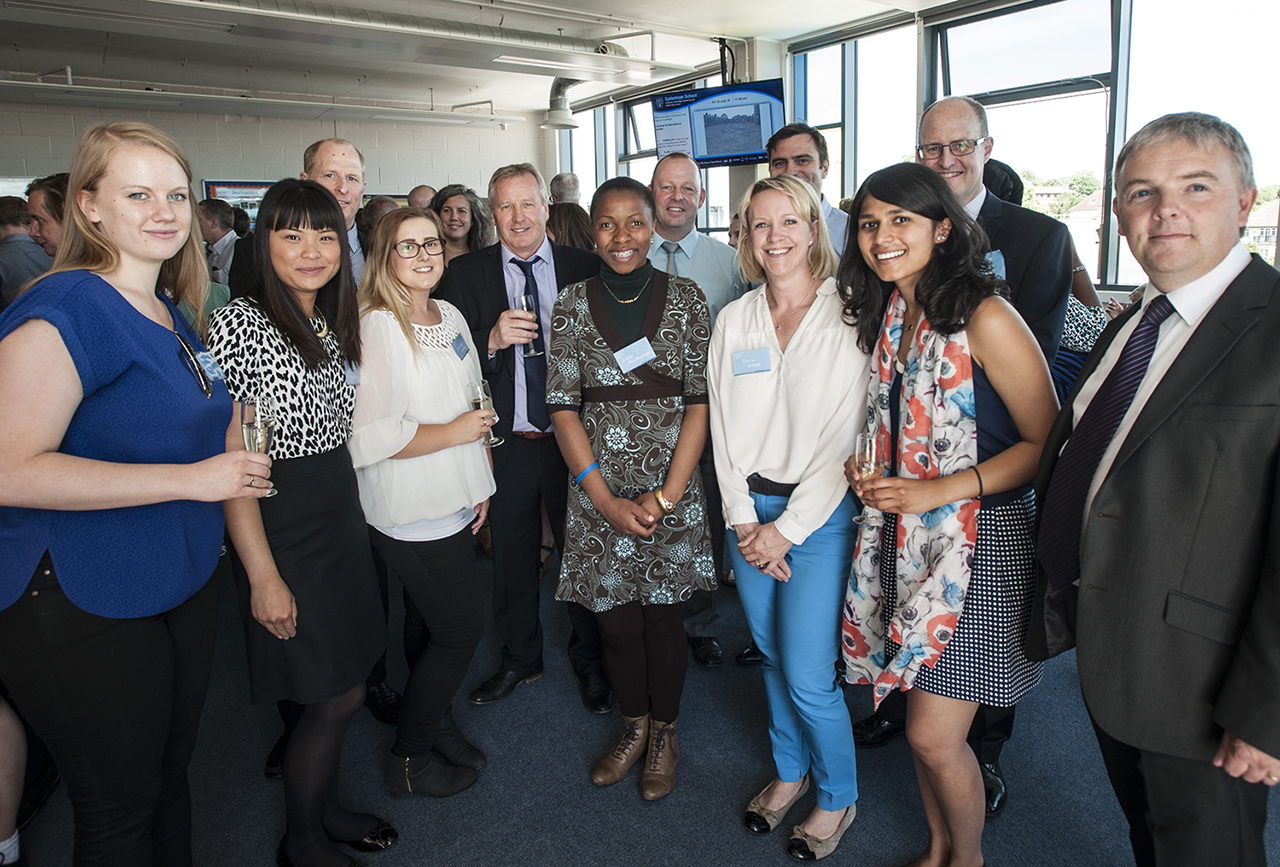 Costain’s Legal Director and Company Secretary, Tracey Wood, was among a group of guests invited to mark the official opening of the first phase of Sydenham School in southeast London.

The all-girl school, whose motto is ‘Aim High’, is being completely refurbished and rebuilt by Costain as part of a £25 million project. The first phase, a new STEM (Science, Technology, Engineering and Mathematics) and Arts block, opened earlier this year.

Refurbishment of an existing block, demolition of another and creation of new outdoor facilities such as a small amphitheatre, plaza and landscaping will be completed before the project ends in December 2016.

“The head teacher, Carolyn Unsted, has a mantra of trying to get girls involved in STEM subjects,” said Tracey. “She asked Project Director, David Woodhouse, if he could propose senior women in Costain who could come along and talk to the girls.

“Carolyn had arranged around 30 fairly senior women from across the spectrum, from women who were Dames and involved in education, to physicists. We all spent two sessions with the pupils. We talked to the sixth form and to 15-year-olds about our careers and how we got involved with STEM subjects.”

“Carolyn has a great sense of ‘girl power’,” said Tracey. “I spoke to the girls about different routes into construction, such as apprenticeships, and sponsorships into universities.

“It was a brilliant day; I really, really enjoyed it. It was so lovely to be sitting somewhere at the end of a project we have built with the people who will be using it.”

Pictured: Costain’s Legal Director and Company Secretary, Tracey Wood, (third right) marks the opening of the new building at the Sydenham School with some of Costain’s staff.