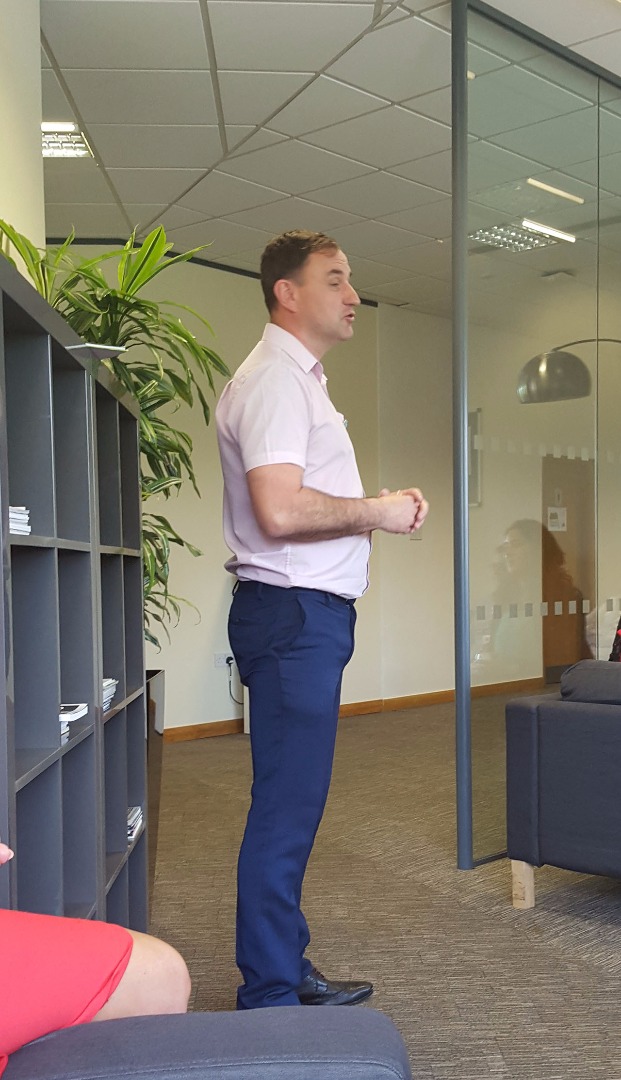 Costain and Macmillan Cancer Support are combining to provide information and assistance to staff who have worries over the illness.

Six Costain employees have joined the first tranche in a pilot scheme where they have been trained as ‘Macmillan Ambassadors’, to whom colleagues with health worries will be able to talk. The Ambassadors will be able to signpost the breadth of assistance that Macmillan can provide.

Macmillan was one of the four charities that benefited from Costain’s £1 million-plus fundraising effort to mark the Company’s 150th anniversary in 2015.

“They asked us if we wanted to be involved in the Construction Cancer Coalition,” said Health & Wellbeing Manager, Veronica Robins. “It was a no-brainer for us. We’re one of six founder members, along with Kier and Travis Perkins.”

The six staff – Jim Colclough, Maria Melton , Sharon Lawton, Bob Smith, Amanda Hare and Shanika Ferguson – went on one of Macmillan’s training courses and will be ‘unveiled’ as part of a health awareness campaign running 1 -14 May.

“On Tuesday 10 May all partners of the coalition are taking part in what’s known as ‘Takeover Tuesday’, carrying out a concentrated fundraising effort. Costain employees, will be baking cakes, conducting bucket collections in underground stations and completing various physical challenges.

“The two week campaign is a great way to raise awareness of what’s on offer from Macmillan in terms of nursing support,” said Veronica. “It’s well-known that men are less good at taking care of their health than women. This is illustrated by the fact that 80% of the people Macmillan helps are female, despite the fact that men are 70% more likely to contract cancer

Statistics show that one-third of men lie awake at night worrying about health and 14% don’t know how to talk to a doctor about medical problems, added Corporate Responsibility Manager, James York

Additionally, “there is a concerning behaviour that men will only go to a doctor if a family member makes an appointment for them.”

“The problem of lack of contact between those with health worries and the medical profession is compounded in the construction industry because many of its work-force live away from home in lodgings during the week, which makes seeing a doctor more difficult. “We provide access to on-site nurses to all employees, but this campaign is about providing as much information and signposting as possible,” added Veronica.

Although the campaign aims to encourage men to speak out about health concerns, the campaign is emphatically not men-only. The ambassadors will be available to talk to any staff member.

Caption: Jim Colclough, one of the Ambassadors, talking to staff about his role