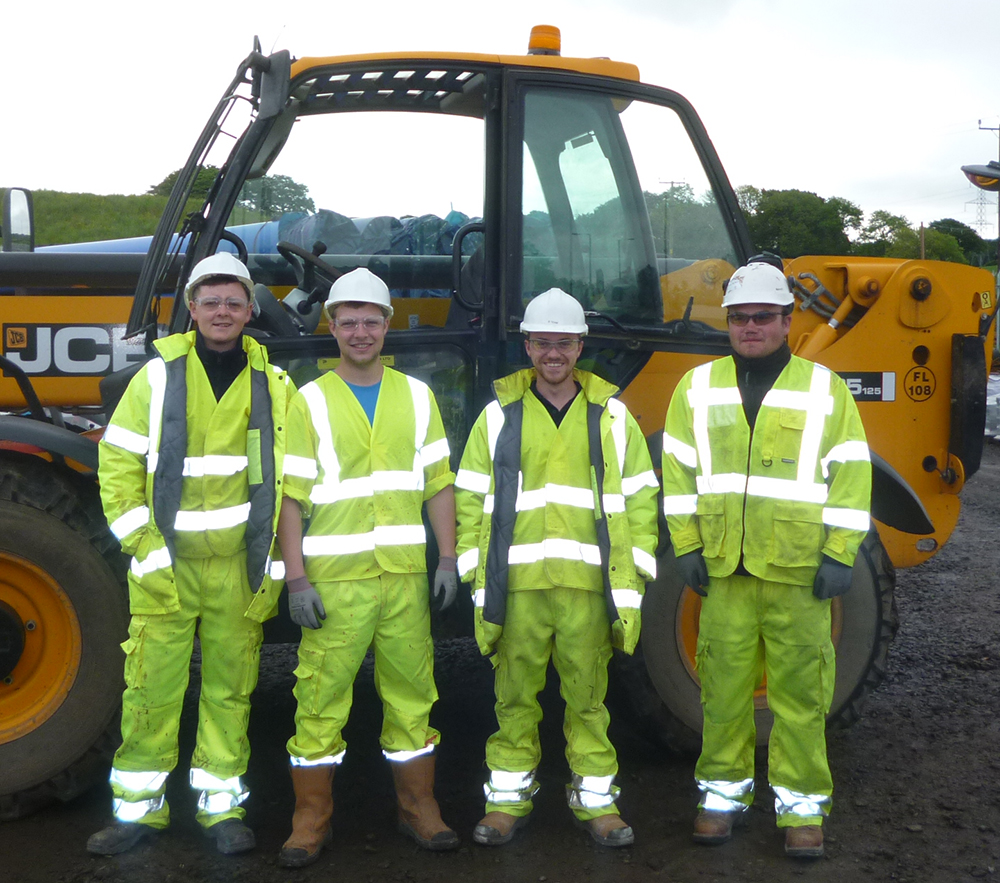 The Lagan-Ferrovial-Costain joint venture (jv) engaged on dualling the A8 Belfast-Larne road has attracted attention for its apprentice recruitment campaign.

Among the contract’s conditions, on the £130 million scheme for the Department for Regional Development Transport NI, was a stipulation that a certain number of apprentices and unemployed local people had to be engaged by whoever was appointed to the project.

Initially, there was a hurdle to overcome in finding an educational establishment that offered the civil engineering-based courses that the jv wanted to provide for the apprentices.

“Essentially, when you look at apprenticeships – certainly in construction – they tend to be focused on building, not civil engineering,” said John. “They concentrate on the traditional trades, such as plastering, bricklaying or plumbing.

“But we managed to link up with South Eastern Regional College in Lisburn, which provided us with a recognised training programme.”

Co-ordinated publicity through local news outlets such as the Belfast Telegraph, Northern Ireland’s Department for Education and Learning and the project’s own website drew a rapid response from applicants, said John.

“For the first positions we advertised, we had about 30 responses, which was pretty reasonable for the size of the area.

“They’ve now been with us for about two months. What we’re doing is a fast-track apprenticeship that they can complete in just over a year.

“At the end of it they will have all their skills in civil engineering methods as well as essential skills such as ICT to gain them an NVQ Level 2 qualification in Civil Engineering (General Construction Operations).

The training programme has attracted the attention of Transport NI, said John. “Our client is very much focused on the deal. They’re keen that we should maximise opportunities for the unemployed and the apprentices.”

Progress to date has been good. “The difficult part was getting it set up, but now it’s up and running, fingers crossed we should be well on the way to getting these people trained up and getting them some qualifications.”