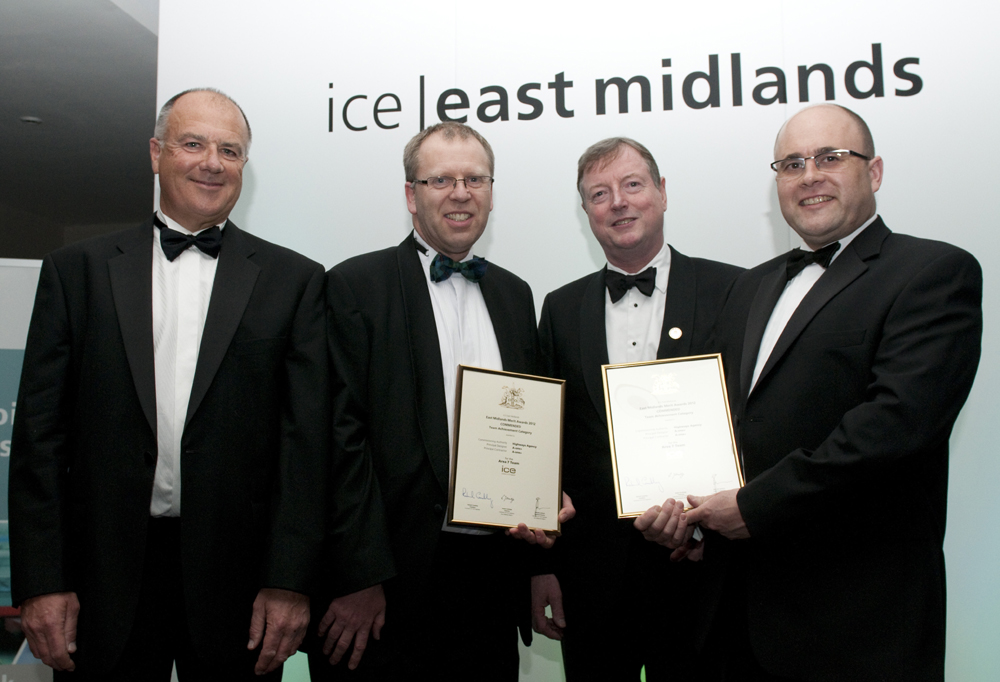 The latest recognition of its achievements has come from the Institution of Civil Engineers’ East Midlands branch, which commended it in the Team Achievement category of its 2012 Merit Awards. The award was handed over by ICE President, Richard Coackley, at The Belfry Hotel in Nottingham.

The Area 7 team’s submission listed several achievements over the past year, including introduction of the Intellicone road cone that sends a warning signal to nearby road crews if an errant vehicle breaches the coned-off safety zone.

A-one+ is a consortium made up of Colas, Halcrow and Costain and covers four of the MAC areas throughout the UK.

As well as maintenance services it provides incident management with a dedicated Network Control Centre co-ordinating its response to more than 6,500 incidents a year to keep traffic flowing.