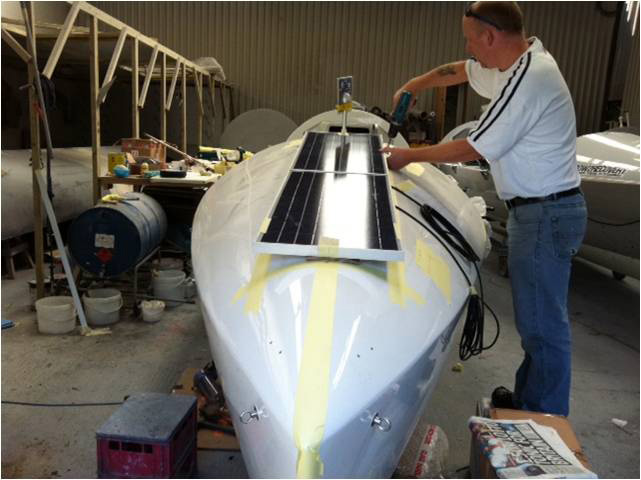 If you saw television coverage of gold medal winning Olympic rower James Cracknell and Ben Fogle rowing across the Atlantic in 2005 then you’ll know it’s not an activity for the fainthearted.

But that’s exactly what Chris Walters, who works for Costain’s newly acquired company Promanex, plans to do in December.

Called The Corinthians, Chris’s team is raising money for two charities, with a third each going to Shelterbox, which provides food parcels for people affected by natural and man-made disasters and the British Heart Foundation. The remaining third will go towards the cost of the boat, The Spirit of Corinth, which has been designed and kitted out by race organisers, Woodvale Challenge, to withstand the rigors of the open ocean and, more importantly, get them across the Atlantic in one piece.

Chris, 52, from Axminster in Devon, works as a plumber for Promanex, Costain’s industrial services division and heads a four-strong team aged between 51 and 66 whose steely resolve and determination to succeed has been honed from competing in numerous endurance events over the years.

The race sets off from the Spanish port of San Sebastian de la Gomera, in the Canary Islands, on 4 December 2011 and finishes in Port St Charles, in Barbados. Travelling west across the Mid Atlantic, the race is 2,549 nautical miles (or nearly 3,000 regular miles) but the distance can often be a lot further once bad weather and adverse conditions are factored in.

Chris and the team train four or five times a week, often at night, but there’s very little they can do by way of training that will prepare them for the scale of the challenges ahead.

“I think the older you get the more you look for a bigger challenge. You can’t really train for the mental aspect of it as nothing can prepare you for what you’ll experience on the open ocean. While it would be great to beat the record, I think we’ll be happy to finish it in less than 50 days,” said Chris.

For further information, and an opportunity to donate, please visit the following website:

Their progress will also be published on Twitter: @spiritofcorinth