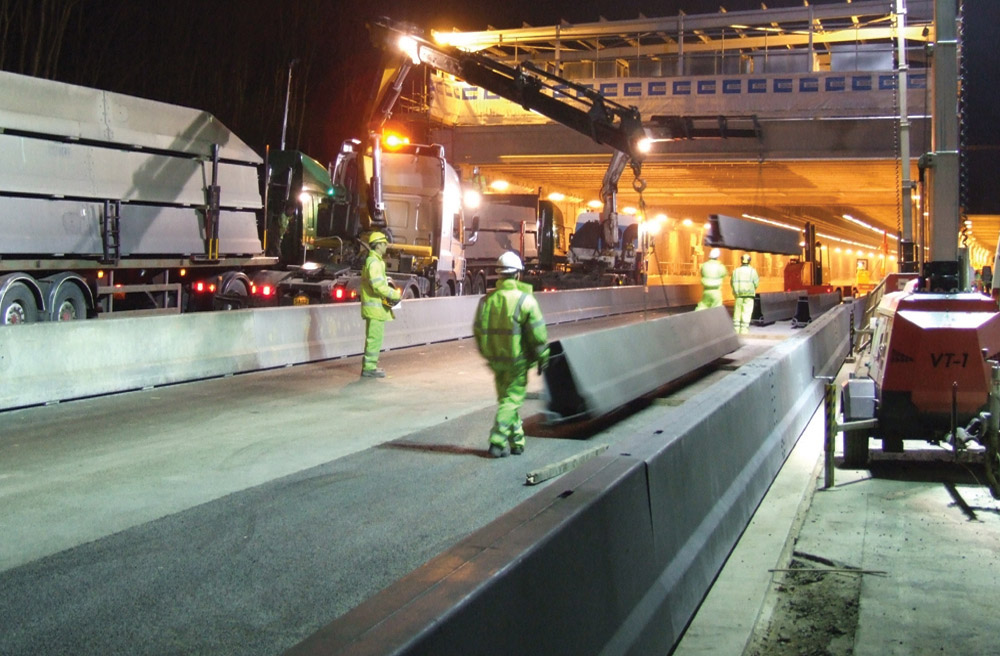 Costain has notched up another significant accolade from its peers by winning the British Construction Industry Awards' 2010 prize for Best Practice.

The award went to the Bell Common Tunnel refurbishment project on the northern stretch of the M25 London orbital motorway. Upgrading the 500-metre-long tunnel for the Highways Agency was technically complex and required innovative approaches to several aspects of the job.

The judges remarked that the £90million refurbishment, which began in October 2008 and was opened 11 weeks ahead of schedule in March 2010, was "an outstanding team effort in which technical ingenuity was applied to almost every aspect of a tricky project".

The job was also highly commended in the Major Project category.

Project Manager, Andy Firth, who attended the award ceremony at the Grosvenor Hotel in London's Park Lane, said lateral thinking was the key behind several aspects of the refurbishment.

The requirement to provide for a future increase in the number of lanes in the tunnel, lead to the need to remove ventilation equipment from the tunnel bores to increase the space available in the tunnel for vehicles. The team used a Saccardo nozzle solution, which involved building a large 'fan station' housing five very large fans at one end of the tunnel, using a metal nozzle to&nbsp;deliver the flow directly into the soffit of the tunnel and blowing the air along its length.

The ventilation system prevents build-up of pollution during periods of congestion and, importantly, in the event of a fire will enable smoke to be kept clear of motorists evacuating the tunnel.

Another technical innovation was used on the centre wall dividing the two carriageways. This was initially planned to be demolished and rebuilt. It was realised that this could cause problems in the event of a fire, as the temporary lack of a central wall would allow smoke to spread to both carriageways.

"After a number of trials and mock-ups we came up with the solution of a hybrid wall that incorporated the existing structure into the new one," explained Firth. "We had savings from the much reduced temporary works, and the elimination of demolition and waste production.&nbsp;This saved around £1million&nbsp;of direct cost."

The BCIA prizes are just the latest in a series of awards garnered by the project.