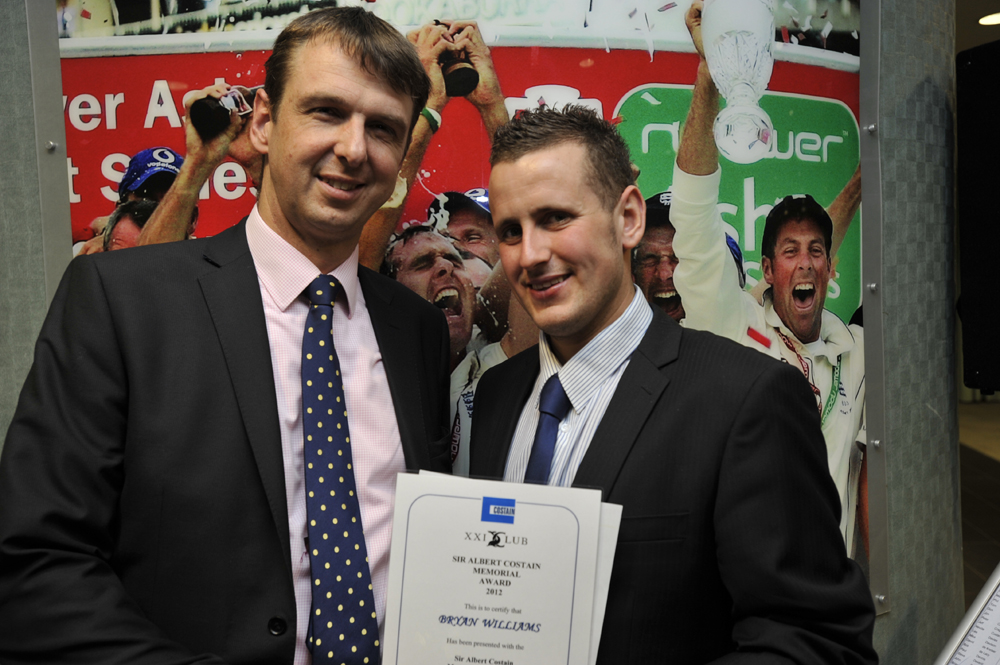 The winners of this year’s Sir Albert Costain Memorial Awards received their prizes at the AGM of the Company’s 21 Club.

The awards are nominated by project managers, or other senior personnel, for having shown particular successes in their training. The awards comprise a £250 cheque and a certificate marking the recipients’ achievement.

The awards are named after former Chairman Sir Albert Costain, who placed great importance on training for staff.

The first of this year’s winners was Bryan Williams, who had been working on the Riverside Resource Recovery Facility, at Belvedere, as a Trainee Foreman and has since moved to Bond Street.

Adding to a successful year by taking another of the awards was James Bulleid, who in February was named Trainee of the Year in the Company’s Achieving Excellence Awards.  James made mention of the fantastic support he had received from his mentor, Martin Burdes.  The third award went to Sophie Tuckett, who is training to be QS on the ‘Cleaner Seas for Sussex’ Brighton and Hove waste water treatment scheme.

Some of the most experienced people in the British construction sector gathered at London’s Oval cricket ground for the event. Around 140 people attended the AGM, followed by a dinner at the venerable sports venue. Among them were many members of the Costain Executive Board, including Corporate Development Director, Alex Vaughan, who formally represented the Group. Also attending were other senior figures including Peter Costain, the last member of the founding family to run the Company and Tyrell Wyatt, past chairman of Costain and WS Atkins.

The 21 Club is open to any staff member who has completed 18 years with the Group. Membership  currently stands at around 700.  Chairman, Richard Hucker MBE, said he was delighted so many members attended each year and that senior managers take the care to nominate such exceptional trainees for the awards.