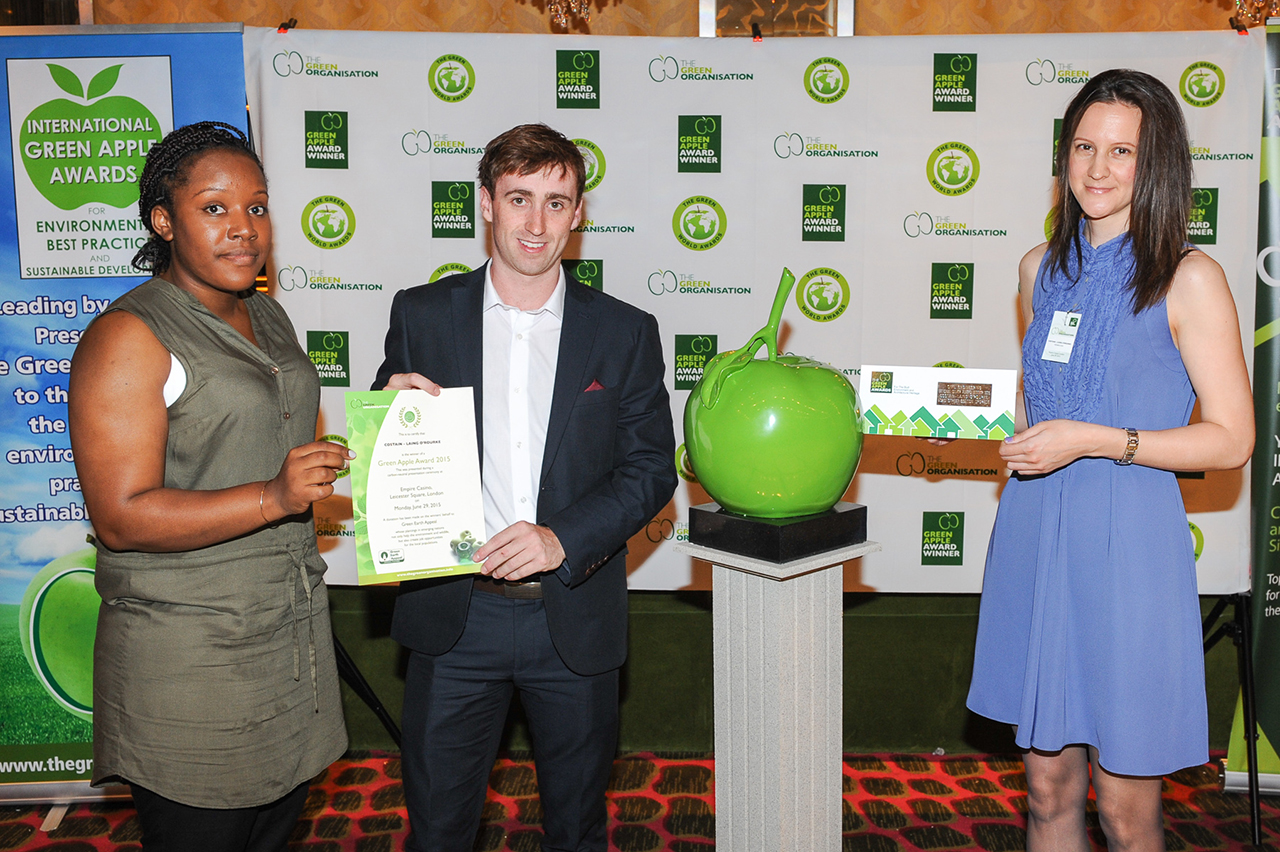 The project, a joint venture between Costain and Laing O’Rourke on behalf of London Underground Ltd, was commended for its commitment to waste management, reducing noise pollution, and for its on-site water treatment and recycling. The project competed against more than 200 nominations in the Green Apple Awards’ Built Environment & Architectural Heritage category.

Located in the heart of London, on one of the busiest shopping streets in the world, the project involves constructing and installing four new lifts, two new escalators, 450m of tunnels and cross passages, a new integrated ticket hall and a multi-storey over-site development. More than 155,000 passengers use the existing tube station on a daily basis, but when Crossrail arrives in 2018, passenger numbers are expected to grow to over 220,000 daily.

In order to minimise its impact in relation to the built environment and natural resources, the BSSU project incorporated a range of sustainable construction methods. For example, it was the only non-Crossrail project to receive approval to send excavated clay in the construction of the Wallasea Island wetland nature reserve in Essex.

Elsewhere, off-site fabrication of concrete columns and reinforced structural joints eliminated the need for in situ construction, reducing the potential for environmental nuisance.

“We are delighted to have been recognised at the Green Apple Awards, which is in addition to the City of London - Sustainable City Award previously received this year. The Award is recognition of the delivery team’s hard work and is in line with the project’s vision to become an exemplar project within London Underground’s Capital Programmes Directorate,” said James Keegan, the Environmental Advisor on the project.

The Green Apple Awards, which took place at the Empire Casino in Leicester Square, are organised by the Green Organisation, an international, non-profit environment group, which is dedicated to recognising, rewarding and promoting environmental best practice around the world. The Awards are supported by the Environment Agency, The Chartered Institution of Wastes Management and other independent bodies.

The Silver Award is the latest in a number of achievements for the project, which also includes a Considerate Constructors Scheme Gold Award, a RoSPA Gold Award and the 2015 ICE London Infrastructure Project of the Year Award.

For more information about the Green Organisation, please click here.