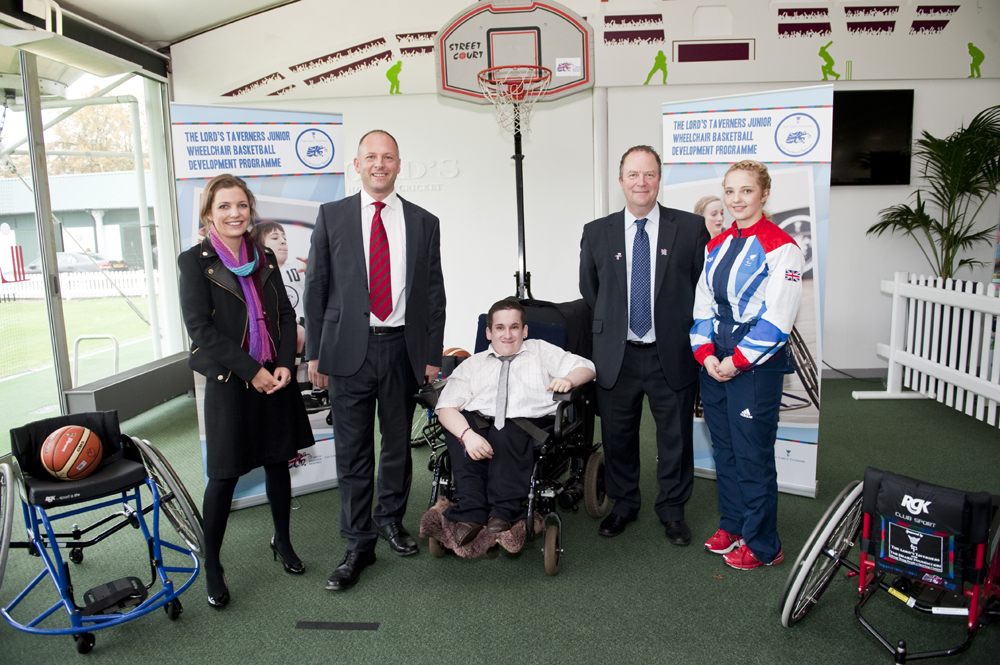 Over the past two years, staff from Costain (together with colleagues from Skanska, a major partner on the project) have generated £1 from the companies for every ‘observation card’ they have completed. The observations highlight aspects of work that require reactive or corrective action. The charity scheme also includes ‘success nominations’, underscoring National Grid’s active encouragement of safe behaviour and reporting.

The pledged cash was contributed to The Lord’s Taverners charity, in order to fund initiatives such as their Junior Wheelchair Basketball Development Programme and will be sufficient to buy sports wheelchairs for an entire squad of wheelchair basketball players –nine young people.

“The Lord’s Taverners provide a lot of sports wheelchairs and so get favourable rates from their supplier. This allows us to create more impact from the money we donate,” said Costain Community Relations Manager, Martin Griffiths.

The cheque handover took place at Lord’s cricket ground in London, with a group of young Paralympians in attendance before they headed for Buckingham Palace and a reception with The Queen.

After the UK’s success in this summer’s Paralympic Games, the new wheelchairs will hopefully help inspire future disabled athletes to take up the sport.

“It was a great afternoon,” said Martin. “The Lord’s Taverners have agreed to supply a framed copy of the photograph that you see here that can be hung in reception at the Channel Gate Road site. Then we could highlight the project charity and what the money from staff observation cards actually does.”