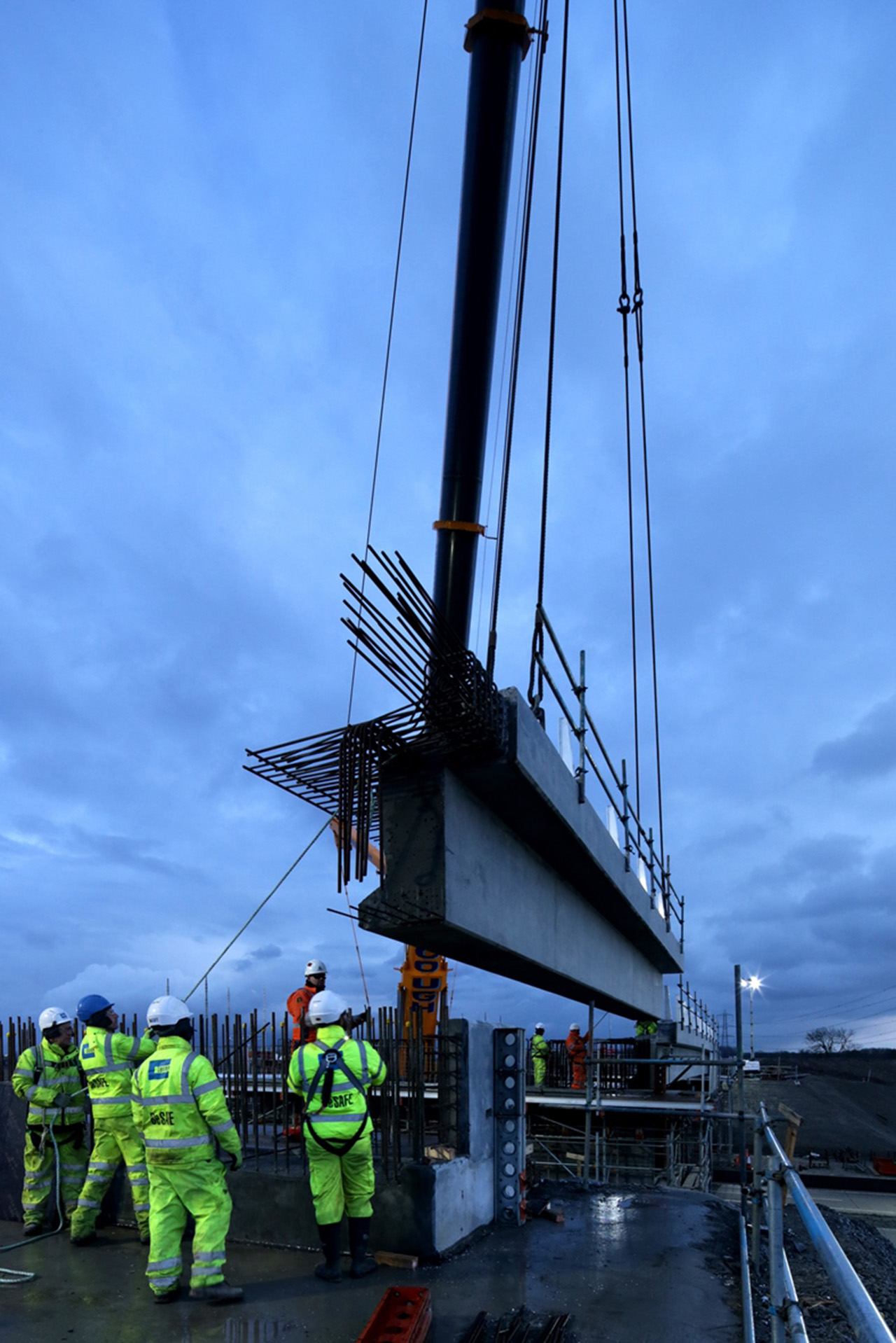 Costain, working with Highways England, has lifted into place thirty giant concrete bridge beams over the A160 near Immingham as part of a £88.4 million project to improve access to one of the UK’s busiest ports.

The Highways England scheme will see a three-mile section of the A160 between the A180 and the Port of Immingham upgraded to a dual carriageway along its entire length. Once completed, traffic congestion will be reduced, journey times will become more reliable, and safety will be improved for road users and the local community.

Now the new beams have been installed, work can begin on constructing the bridge deck which will see the interchange become a roundabout, improving access both to and from the A160 which runs to the Port of Immingham.

Costain used a 500 Tonne crane to install the bridge beams, which are each up to 28 metres long and weigh up to 76 tonnes – equivalent to the weight of 33 shipping containers or 51 family cars.

Each beam took around two hours to lift into place, and required the A180 to be closed for two consecutive weekends at the Brocklesby Interchange. The A180 was closed in both directions between Brocklesby Interchange and the junction with the B1210, Stallingborough Road, from 8pm on Friday 4 March until 6am on Monday 7 March.

Improvements will also be made to junctions along the route, including a new bridge over the A160 at Town Street, and a new road under the railway line by the port.

“I am very pleased that the team have successfully passed this significant project milestone and very pleased that, thanks to the detailed planning, all of these works have again been completed without incident our accident.”

“This bridge beam lift was an important construction phase of the Port of Immingham project, which will significantly improve journeys to and from the port. The new roundabout at Brocklesby Interchange, where the A160 meets the A180 will increase capacity at the junction and make it easier for drivers to move to and from the main road to the port.”