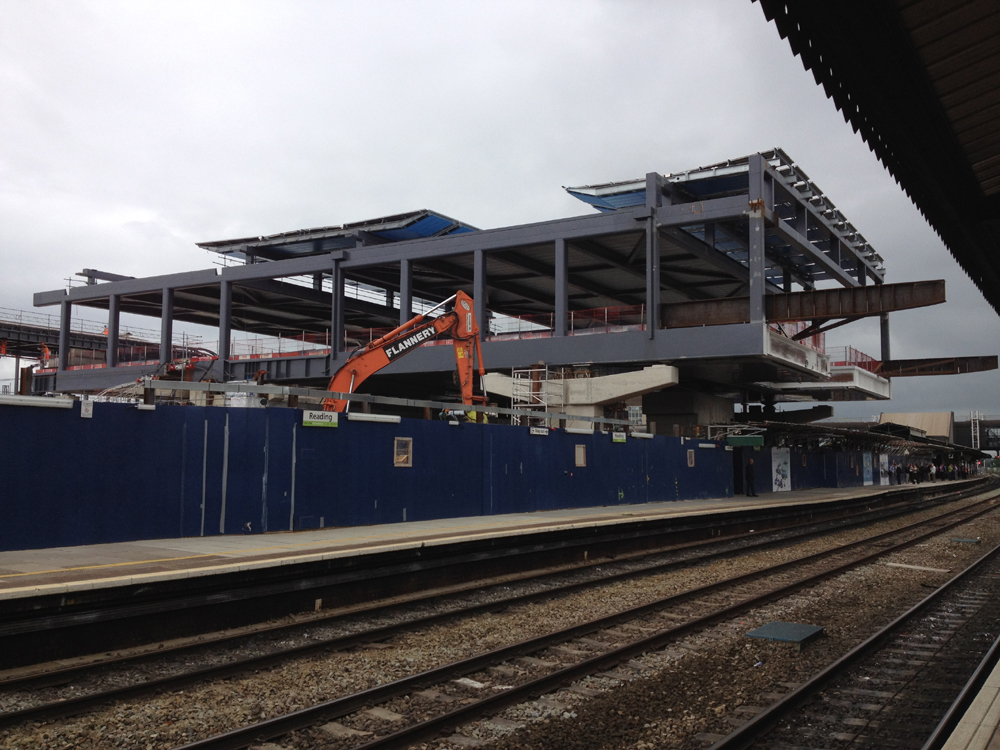 A new stage in the revitalisation of Reading railway station is underway with the start of a major bridge slide across the rail tracks.

As part of the station’s three-year, £80million upgrade, a new ‘transfer deck’ will replace the existing footbridge across the tracks. The new deck will have considerably greater capacity than the old structure and feature escalators down to platforms.

The 100-metre deck is being constructed in three sections at a site beside the tracks. The first 50-metre section was pushed 28 metres out over the railway over four nights from 5 July. The bridge slide was carried out by bridge jacking experts Dorman Long Technology.

The second section is due to be built and launched over the railway by the end of August leaving the third section to be erected in situ.

The weight of the first section jacked in July is around 729 tonnes.

Brian Fisher, Project Director of the Costain Hochtief JV handling the station project, said: “The phases of erecting the deck were being carried out around the Olympic embargo, during which many construction jobs in and around London are suspended in order to minimise disruption during the Games.”

The embargo started on 12 July, with the second slide taking place during the gap between the Olympic and Paralympic Games. The final section can then be constructed in the area adjacent to track.

Work on the station generally is proceeding steadily, with 24-hour working the norm over the past four months to ensure the project’s demanding deadline is met. The new transfer deck is due to open at the end of March 2013.

Reading is one of the UK’s busiest stations outside London, with around 17 million passengers passing through it every year.