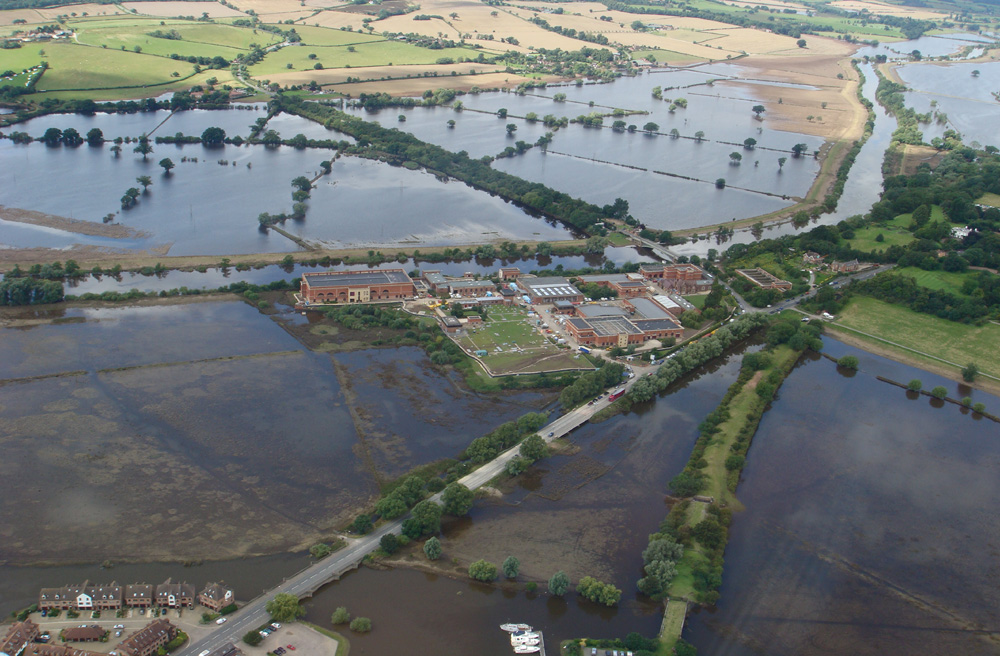 Work is getting underway on a permanent flood barrier to protect a water treatment works that serves hundreds of thousands of Severn Trent Water customers in Gloucestershire, in the event of future extreme weather.

In 2007, unprecedented flooding swamped the Mythe water treatment works (WTW) in Tewkesbury, leaving some 350,000 people in the region without clean water supplies for 17 days.

With climate change likely to make weather patterns more unpredictable, Costain has been called in by Severn Trent Water to help safeguard the Mythe plant.

The work itself is relatively straightforward, but Costain has to take account of nearby structures. Concerns were raised that vibrations for the sheet-piling could affect the nearby Grade II-listed Thomas Telford Bridge and its toll booth.

Local residents were also worried that their homes might be affected by the vibrations.

"We've done a survey of the area and are monitoring the bridge," says Matt Crabtree, Costain's Sector Director for Water (South).

"We did some trial piling in June very close to the bridge and measured the vibration, which turned out to be less than that generated by trucks going past."

The flood defences around the Mythe WTW will vary in height depending on the vulnerability of various areas of the perimeter. At their highest they will be 1.5 - 2 metres high, with the earthworks being landscaped to blend into the surrounding countryside.

The improved defences are calculated to protect the WTW against a 1 in 1000-year flooding event.

The project is due to be completed in spring 2011.