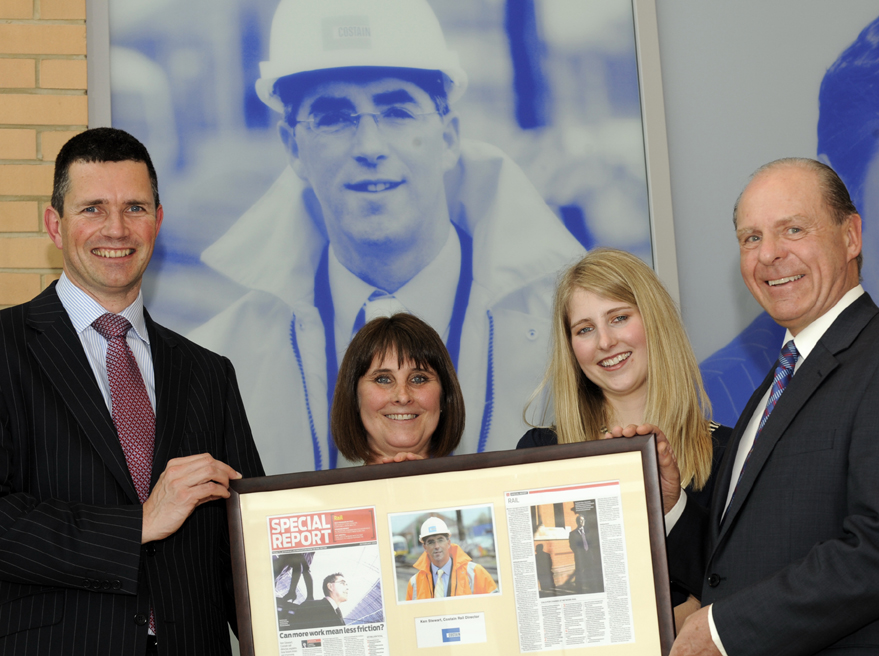 The Costain Group paid tribute this week to a much valued colleague who sadly died last year.

Ken Stewart was Costain Rail Director. As a tribute to his memory, the Company donated £10,000 to Cancer Research UK and the cheque was presented to the charity by David Allvey, Costain Chairman, and Andrew Wyllie, Costain Chief Executive.

Lorraine Williams, from Cancer Research UK, accepted the cheque and said that the money would greatly help in the battle against cancer.

"Ken Stewart embodied the values which make Costain special," said Andrew Wyllie. "It was great to see Lesley and Alex and it gave Ken's colleagues a chance to show their appreciation for a colleague who is sadly missed."