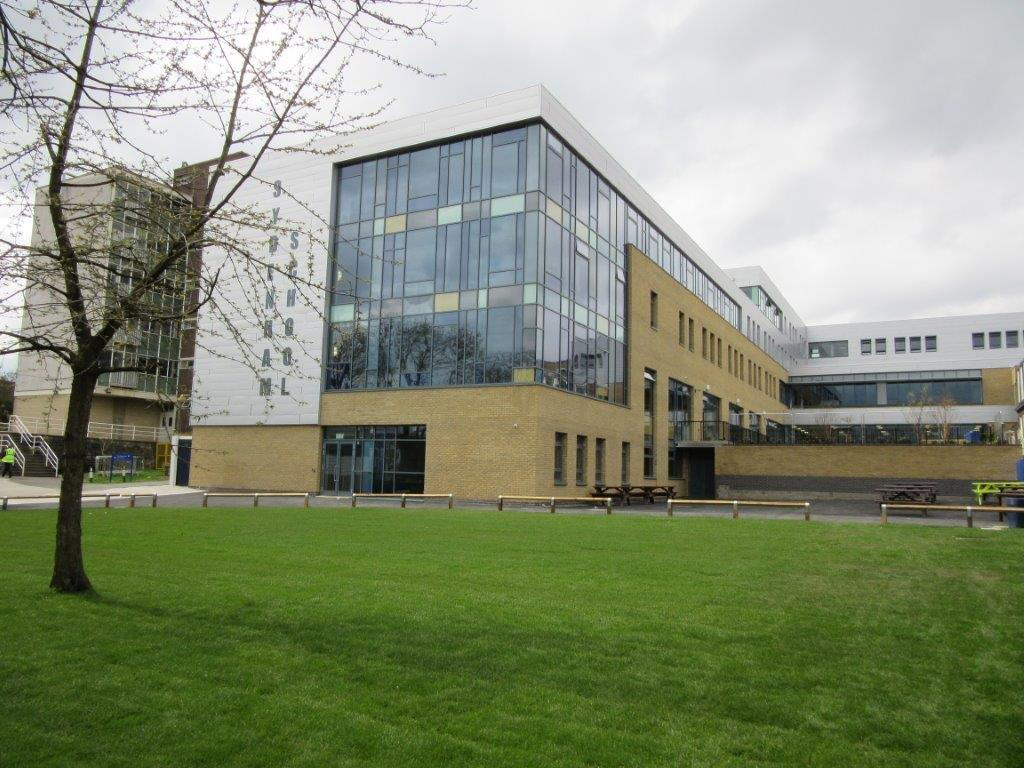 Sydenham has become the last school to be completed by Costain as part of Lewisham Council’s Building Schools for the Future (BSF) programme.

The £25 million scheme is phased around the existing school buildings, with the new school built less than five metres from the existing school over three main phases. The first phase was the STEM (Science, Technology, Electronics and Mathematics) and Arts block, a four-storey concrete frame building clad in brick and rain screen that houses modern science and technology classrooms reflecting the school’s STEM specialism.

The Arts block includes drama, arts and music rooms as well as a sports hall suitable to host basketball, netball, badminton and other activities.

The next phase is a refurbishment of the existing two-storey Edwardian building that will be linked to the new Arts building and formation of new outdoor play spaces, with everything due for completion by March 2016.

The last phase involves the demolition of the existing four-storey building designed by Basil Spence and the formation of remaining external works, including an amphitheatre, science pond, plaza and landscaping to the new STEM and Arts building. Completion is scheduled for December 2016.

Costain started on-site in May 2013. The project involved close liaison with the school and pupils due to the restricted nature of access across the site.

As well as regular updates there were joint meetings with neighbours and the local community, with the Costain site team working closely with the school to ensure the school’s work was unaffected by the building works.

The site team is now undertaking the survey and strip-out works for the existing large Edwardian building, which will undergo a full refurbishment.

Headteacher, Carolyn Unsted, was very impressed with the way the whole team had worked together. “This new building is transformational for the learning of our girls. They have been transported from the 1950s (when the Basil Spence was built) to the 21st century in terms of the design of the building, the environment, the equipment and the expectations of them to ‘Aim High’, which has been the school’s motto since 1917.

“It’s been a pleasure to work closely with Costain – they have been brilliant!"

Eddie commented that working in and around live schools is always a challenge and Sydenham had been a particularly tough and complex project at times.

However, it had been very satisfying to receive all the positive feedback at this key stage of the overall project, he said.

Pictured: The first phase of work at Sydenham School is this four-storey STEM and Arts block.