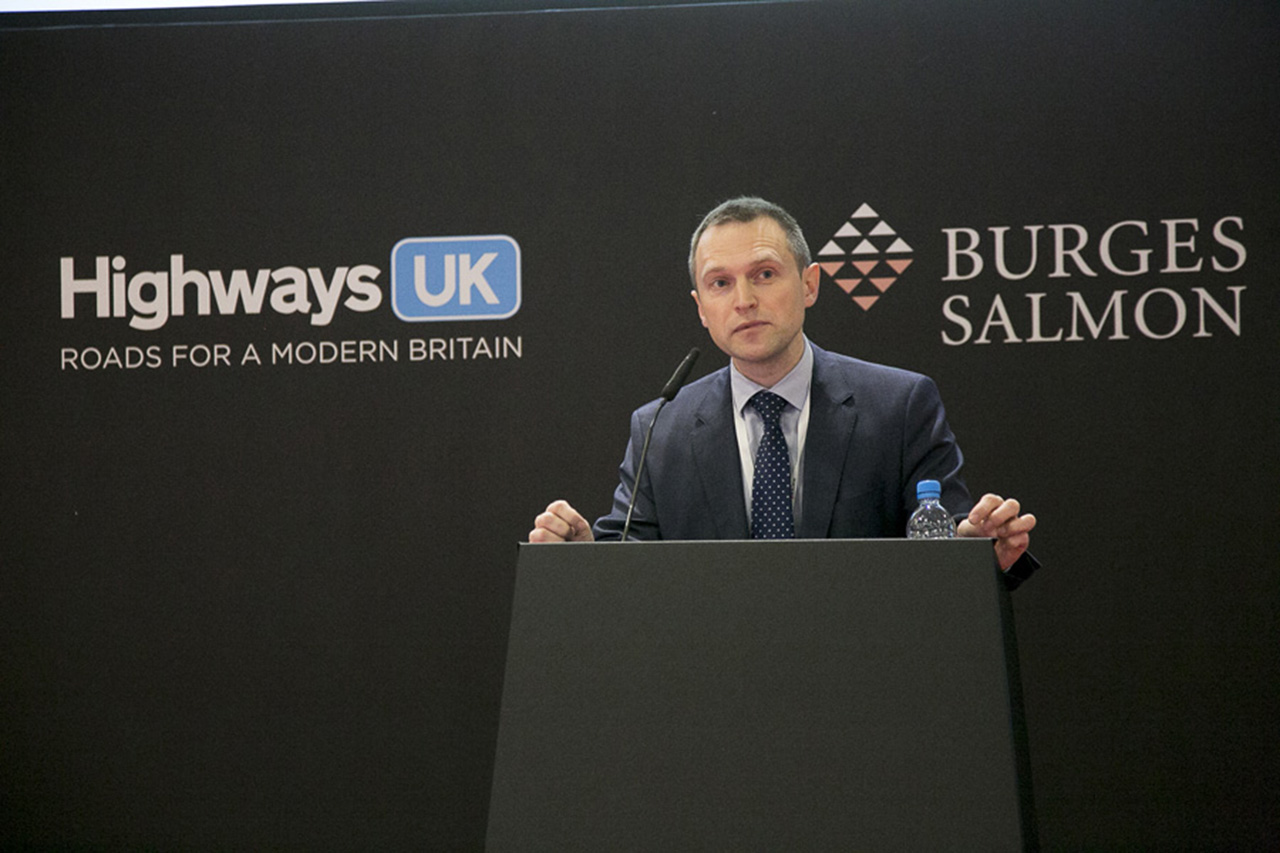 Costain’s approach to collaborative working on projects was laid out to an expert audience at the recent Highways UK conference at London’s ExCeL Centre.

Costain Highways Sector Director Simon Ellison shared his views on the practice during a keynote speech to clients and industry colleagues.

Simon noted that the Highways England had emphasised collaboration among all partners involved in delivering the current £24 billion investment programme aimed at transforming the major road network in England out to 2021.

This, he said, was extremely encouraging, as he had seen during his career how effective collaboration could bring real benefits to major infrastructure projects, both in terms of timescales and budgets.

Collaboration was “not about being soft and cuddly, but about collaborating to be more effective and efficient by having aligned objectives to accomplish collective outcomes” he said.

It was all about making the whole more than the sum of its parts; with that in mind, Costain’s Highways Sector had been actively emphasising a collaborative culture for several years by embedding and benchmarking key behaviours with the aim of creating industry-leading delivery in the sector.

These behaviours, he added, were increasingly being seen by clients as one of the Company’s strengths.

There were still hurdles to overcome: “We can’t pretend it is always straightforward. When presented with difficult challenges there is a tendency for all of us – particularly when working under pressure to achieve short-term results – to revert to our comfort zone. To overcome ingrained habits and consider putting the ideas of other people and other outcomes before your own, even when it is demonstrably the sensible thing to do, is difficult.”

However, by continuing to demonstrate openness to other people’s ideas and proving that collaborative measures really did ultimately pay off, “People buy into what you’re doing, rather than feel it’s just another meaningless company directive.”

The most persuasive way of demonstrating this was to show the actual fruits of collaboration, such as creation of new and improved services, better financial management and performance, better co-ordination and a more mutually supportive culture.

A good example of this was the recently-completed Hammersmith Flyover project for Transport for London (TfL), which involved repairing corrosion in one of the main arteries into the capital.

To meet very tight deadlines, TfL opted for a model of integrated project delivery teams that pulled together contractors, designers and clients, rather than having them all exist in their own silos.

This resulted in better knowledge flows within and between projects, which had shortened completion timescales significantly and minimised disruption from closures.

Caption: Simon Ellison presenting on the challenges of collaborative working at Highways UK