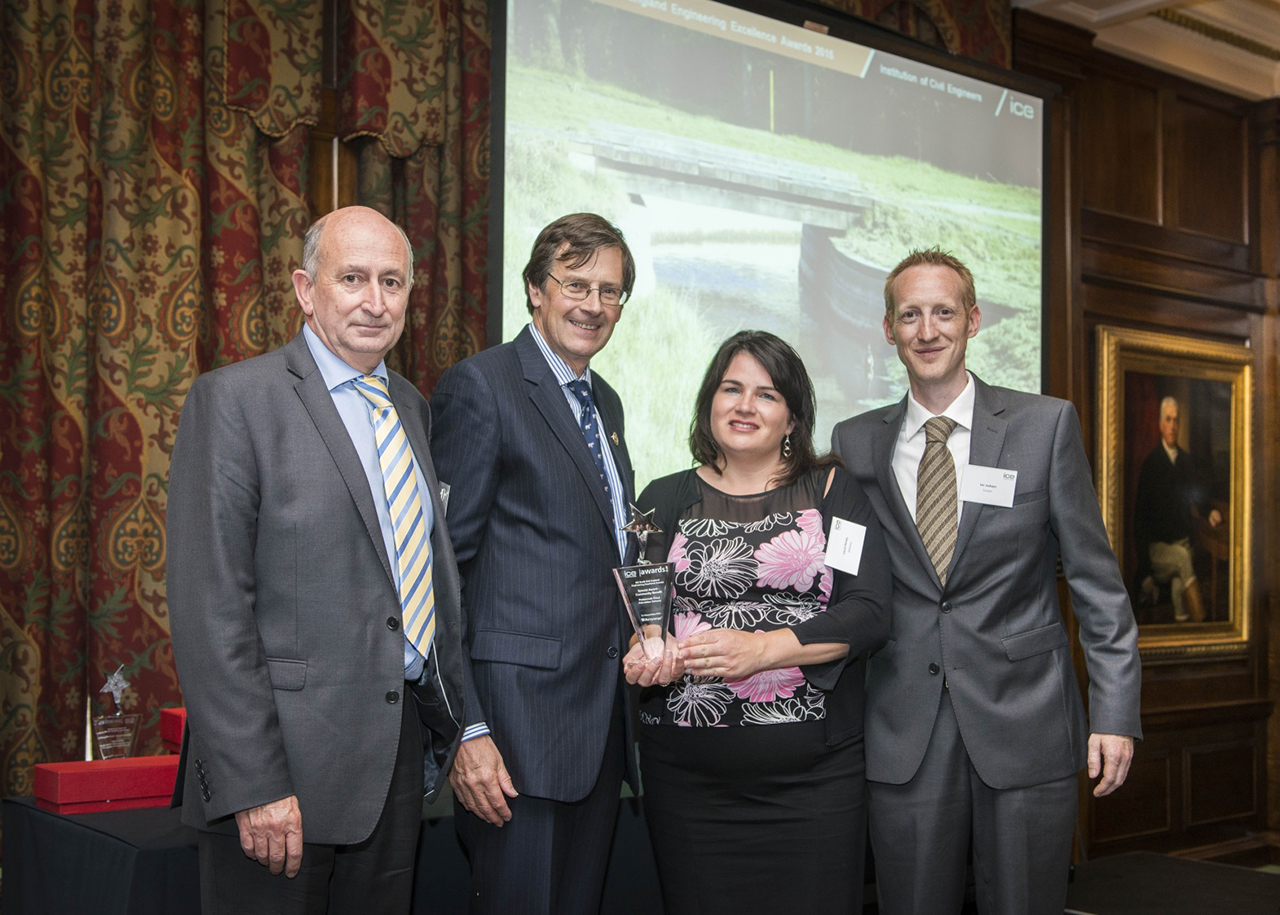 4Delivery, a joint venture between Costain, Veolia and MWH, has notched up another award on the Portsmouth Flood Alleviation Scheme for Southern Water, winning an Institution of Civil Engineers’ (ICE) award for its community outreach.

The ‘Benefit to the Community Award’ was presented to the team by ICE President David Balmforth at the South East England Regional Engineering Excellence Awards at ICE Headquarters in London recently.

The ICE regional awards recognise construction projects which stand out for their physical achievement, innovation or ingenuity, and promote excellence in the engineering profession.

It’s been a very successful year for the Portsmouth team. On top of the ICE Community Award, the team recently won Gold in the Considerate Constructors Scheme Awards, as well as runner-up for the Most Considerate Site, putting it in the top 32 construction sites in the whole country in 2014.

The City of Portsmouth is one of the most densely populated areas in the UK outside parts of London. It is served primarily by two arterial roads, below which are two main sewers which serve the City and feed the Eastney WPS.

The need to gain access to these assets while keeping the level of disruption to the bare minimum and maintaining the highest standard of community engagement was a major objective for all stakeholders.

The judges' said the scheme delivered a wide range of benefits, ranging from alleviating other flood areas, improving drainage across the golf course, community engagement and providing a range of training and development, in addition to the original brief of preventing flooding around the Eastney Pumping Station.

“The fact that the award recognised the full range of benefits associated with the scheme, rather than just the traditional physical aspects of civil engineering, means that everyone should be very proud of the positive, lasting and sustainable difference that we have made in Portsmouth,” said Andrew Peacock, Project Manager.

Suzanne Moroney, Regional Director of ICE South East England, added: “Prior to this Scheme, 750 homes and business were susceptible to a flooding event, therefore the benefits to residents and the local economy are immense. The judges were particularly impressed by the additional benefits provided to the local community through local employment and training, a healthy living campaign, providing space for local schools to display their artwork. The project design also ensured minimal operating costs.”