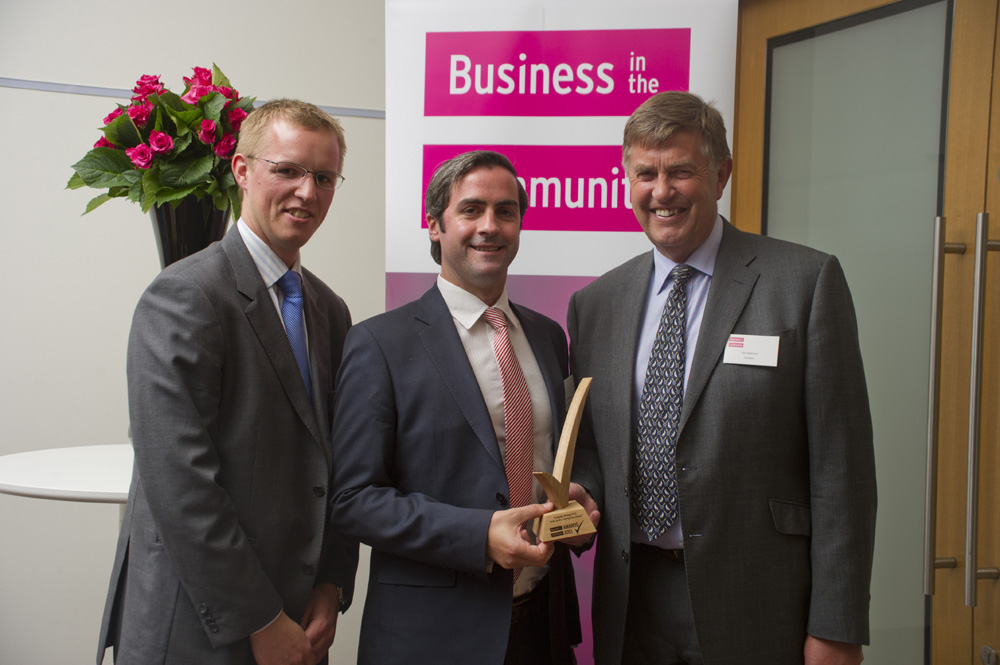 Costain’s commitment to returning benefits to the wider community has been recognised by two awards from one of the UK’s biggest advocates of social responsibility.

The Company took Business in the Community’s Big Tick Award in the ‘Skills in the workplace’ category at a ceremony in the spectacular surroundings of London’s new Renaissance St Pancras Hotel and received the ‘Building stronger communities’ category award at a ceremony in Cardiff.  The skills award was acknowledgement of the work Costain had put into developing talent throughout the organisation.  In its entry, the Company noted that its active encouragement of talent at all levels – from basic literacy classes for local trainees to continuing development of the skills of Executive Board members – had not only strengthened its own skills base but improved its reputation among both clients and peers.

The community prize recognised the efforts the Company had made while building the Church Village Bypass in South Wales.  Substantial numbers of local unemployed people were taken on to the project workforce and considerable efforts were made to maximise expenditure within the local community and small businesses.

It also cited reduced costs and impact on the environment, improved safety standards during construction and reduced project duration.

Although Costain has had a long-running relationship with BITC and has steadily climbed the organisation’s corporate responsibility rankings, this was the first time it had entered this particular competition.  “We’ve been doing a lot of good work for quite a while, so it’s nice to be recognised,” said Corporate Responsibility Director, Catherine Warbrick.

“It’s particularly nice because the awards were assessed by our peers. BITC ask their members to come in and consider the entries, so we’re being assessed by like-minded people.”

Jon, together with Senior Engineer, Neal Carter, was on hand to collect the winner’s trophy at the award ceremony. Brian Greaves, Community Relations Manager on the Church Village Bypass, picked up the second award.