Community Day At A556 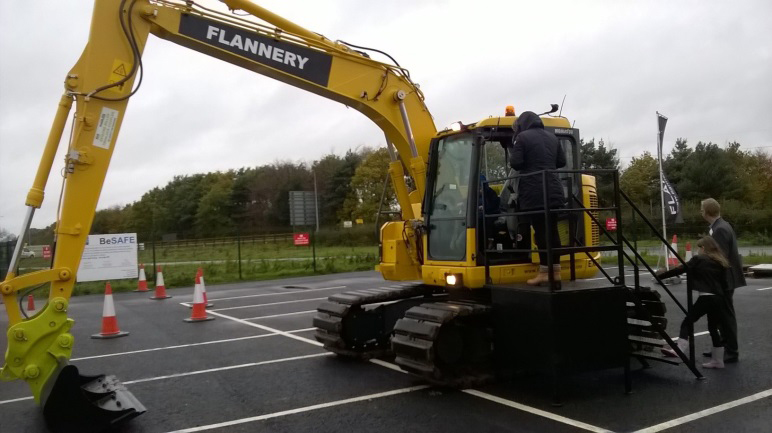 The A556 Knutsford to Bowdon Improvement Scheme threw open its doors to the local community as the team hosted a public information event to mark the first year working on site.

Over 200 members of the public attended the open day which showcased the significant progress that has been made since work started in November 2014. The day also gave visitors the chance to see and ask questions about the de-trunking plans for the existing road. Children were given the opportunity to enter a colouring competition and were able to take a look at the variety of machinery and plant that is being used on the project.

Rachel Ellison, Costain Project Manager, said: “The day was a great opportunity for anyone with an interest in the new road to come along to the site offices and see the huge amount of work that has been carried out on the project over the last twelve months. The feedback that we received on the day was extremely positive.”

Staff on the project were invited to bring along friends and family before the event was opened to the public.

The Highways England scheme involves constructing a new 7.5km section of dual carriageway that connects the M6 junction 19 near Tabley/Knutsford with the M56 junction 7, near Bowdon. Upon completion of the new dual carriageway, works to de-trunk the existing A556 will be undertaken to reduce the carriage width to two lanes.