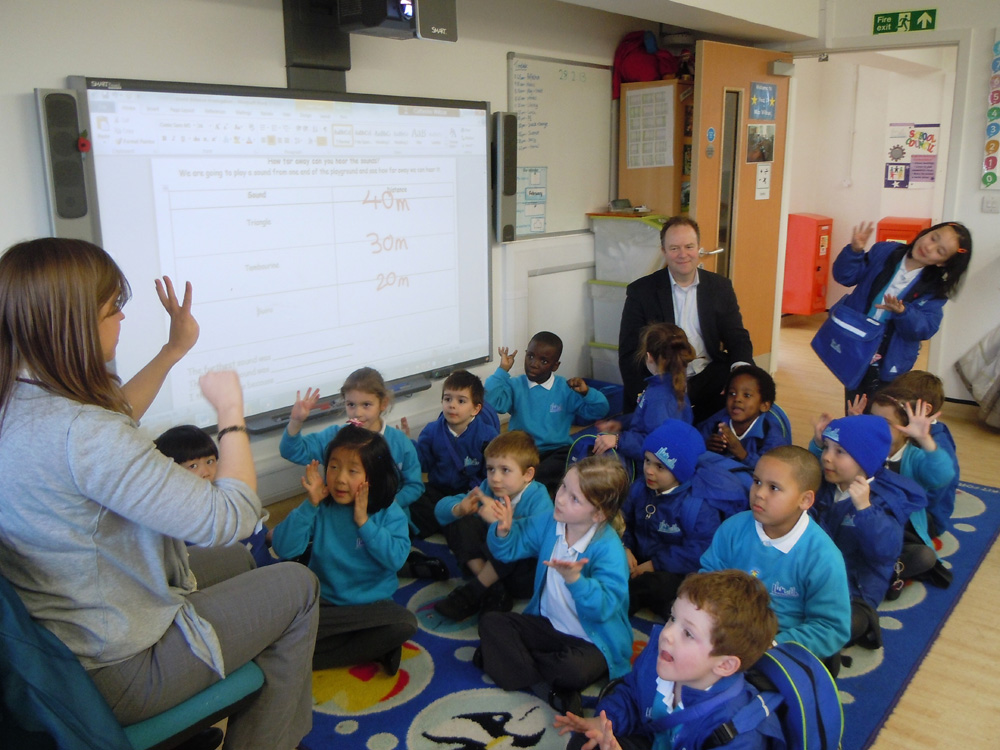 A Costain community specialist has played a key role in Canary Wharf College becoming one of the first two Free Schools in the country to be rated ‘outstanding’ by Ofsted.

Martin Griffiths, Community Relations Manager on the Crossrail 360 Contract, is Chair of Governors at the primary school.

“This is the highest rating Ofsted can award. It’s a tremendous achievement for the Principal Sarah Counter and her team, and deserved recognition for all their hard work,” he said.

Education Secretary, Michael Gove, congratulated the school: “For a school to be rated outstanding within just two years is quite some feat – Canary Wharf College’s head, teachers and pupils should be proud of themselves.

“Free Schools, set up by dedicated groups of individuals and organisations, are raising standards and giving parents a real choice of good local schools. It is no wonder they are proving so popular with families.”

Canary Wharf College opened on the Isle of Dogs in the London Borough of Tower Hamlets in September 2011. Today it has 120 pupils from 46 nationalities who speak 26 different first languages.

Martin, who lives on the Island and whose six-year-old son is a pupil, has been a keen supporter of the school since its inception. He was asked to become Chair of Governors soon after his election as a parent governor.

It’s a demanding role with a great deal of responsibility. But as Martin explained, it’s one where his experience with Costain stands him in good stead: “An important part of the Chair’s job is to engage with the local community. We want to show that the school is not only for local children but run by local people with the support of local residents and businesses.”

The role enables Martin to make good use of the two paid days given to all Costain staff for volunteering. “This year I spent one day at a governor legal training course. On the other I led the inaugural Chair of Governors’ outing for the Year Three children. We walked across to Greenwich and visited the National Maritime Museum and the Cutty Sark - on the day Ofsted inspected the school!”

“We’ve got approval from the Department for Education and once premises are found funding will be given for the second primary school. If anyone knows of any empty buildings or vacant land in the Isle of Dogs area that might be suitable for a school, please do let me know,” said Martin.