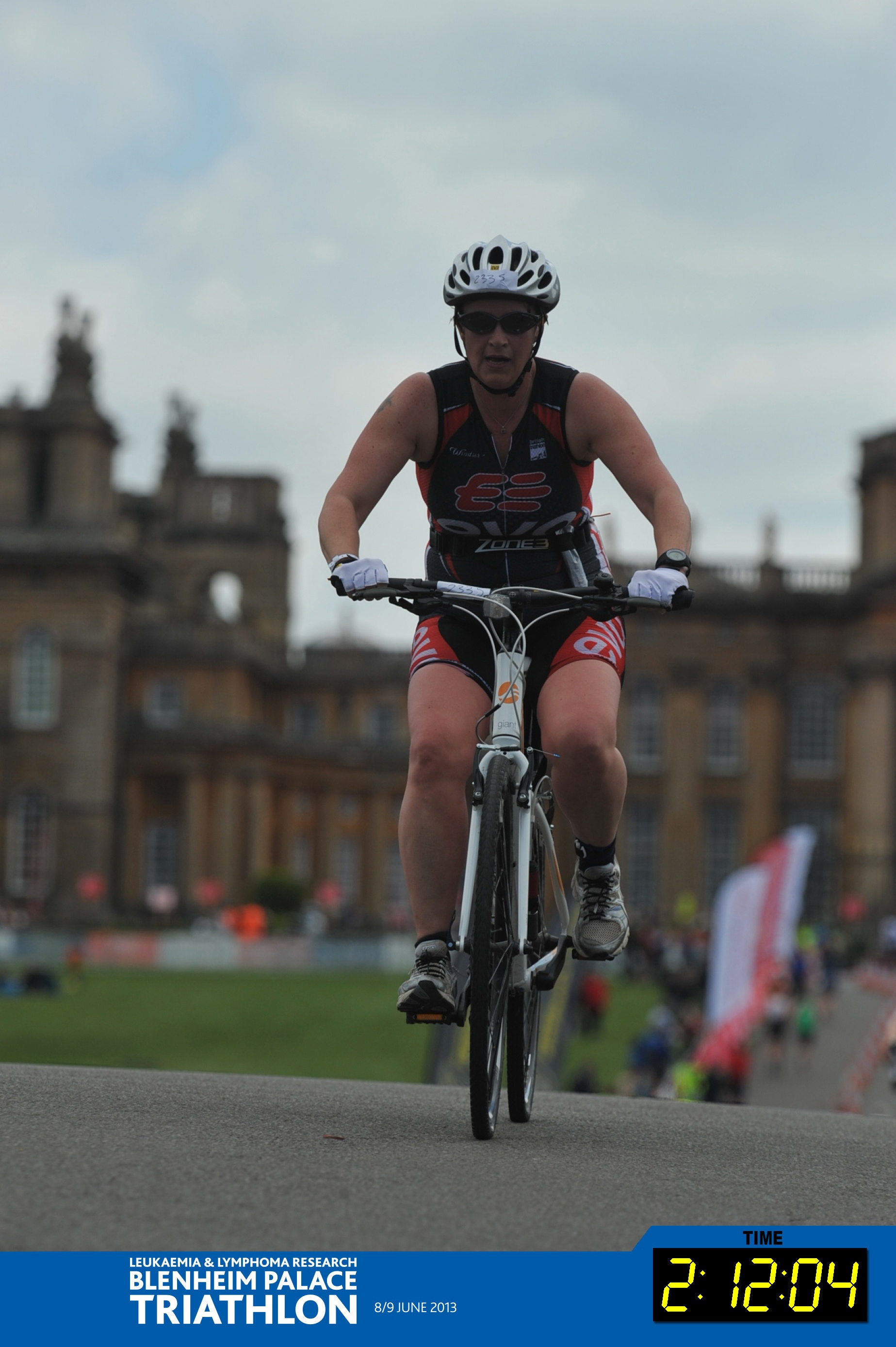 Costain’s Tracey Wood has completed her first triathlon, fulfilling a long-held personal ambition and developing a taste for gruelling endurance events in the process.

Tracey, Costain’s Company Secretary and Legal Director, successfully completed the Leukaemia and Lymphoma Research Blenheim Palace Triathlon Sprint on June 8, finishing it in 2 hours and 12 minutes, which included the transition time it takes to travel between each discipline.

The Blenheim Palace Triathlon Sprint comprises a 750 metre swim across an open lake, a 19.8 kilometre bike ride and a 5.4km run. With a beautiful view at every turn, Blenheim Palace near Oxford is surrounded by 2,000 acres of landscaped parkland.  As the birthplace of Winston Churchill its reputation as a tourist attraction is second to none, but it’s also the second biggest triathlon event in the UK, after the London Triathlon, and attracts around 5,000 competitors each year.

“It’s a beautiful setting but you’re completely focused on finishing the event. I trained in open water at Bray Lake in Maidenhead but no matter how much training you do, no matter how many times you go in, nothing really prepares you for swimming in open water. It’s freezing, you’re freezing, the wet suit weighs you down and the local wildlife always seems to find a way to hamper your progress. It’s quite an experience,” said Tracey.

Tracey decided to enter the triathlon as a way to get fit after giving birth to a baby girl in September 2012. She trained for around 10 weeks prior to the event, swimming twice weekly at Bray and running and cycling at least twice a week to build up her stamina, but there were challenges.

“Working full time, finding the time to train and being a new mum was challenging but I think you need to have a goal. I’ve run three marathons but they can be quite repetitive and I’ve always wanted to do a triathlon. Technically, you have to get everything right in all three disciplines,” said Tracey.

Having caught the triathlon bug, Tracey now plans to enter the Human Race Triathlon at Dorney Lake near Windsor, the scene of GB’s Olympic rowing triumphs in London 2012, this September.

However, Tracey’s ultimate ambition is to compete in the Comrade’s Marathon, a lung busting ultra-marathon measuring 56 miles (89 kilometres) which is run annually between Durban and Pietermaritzburg in Kwazulu-Natal Province, South Africa.

“That’s my ultimate goal. I want to have completed the Comrades race by the time I’m 60, but you have to have a marathon time of less than five hours before you can even enter. I need to do a lot more training to get there but it’ll be fun,” said Tracey.