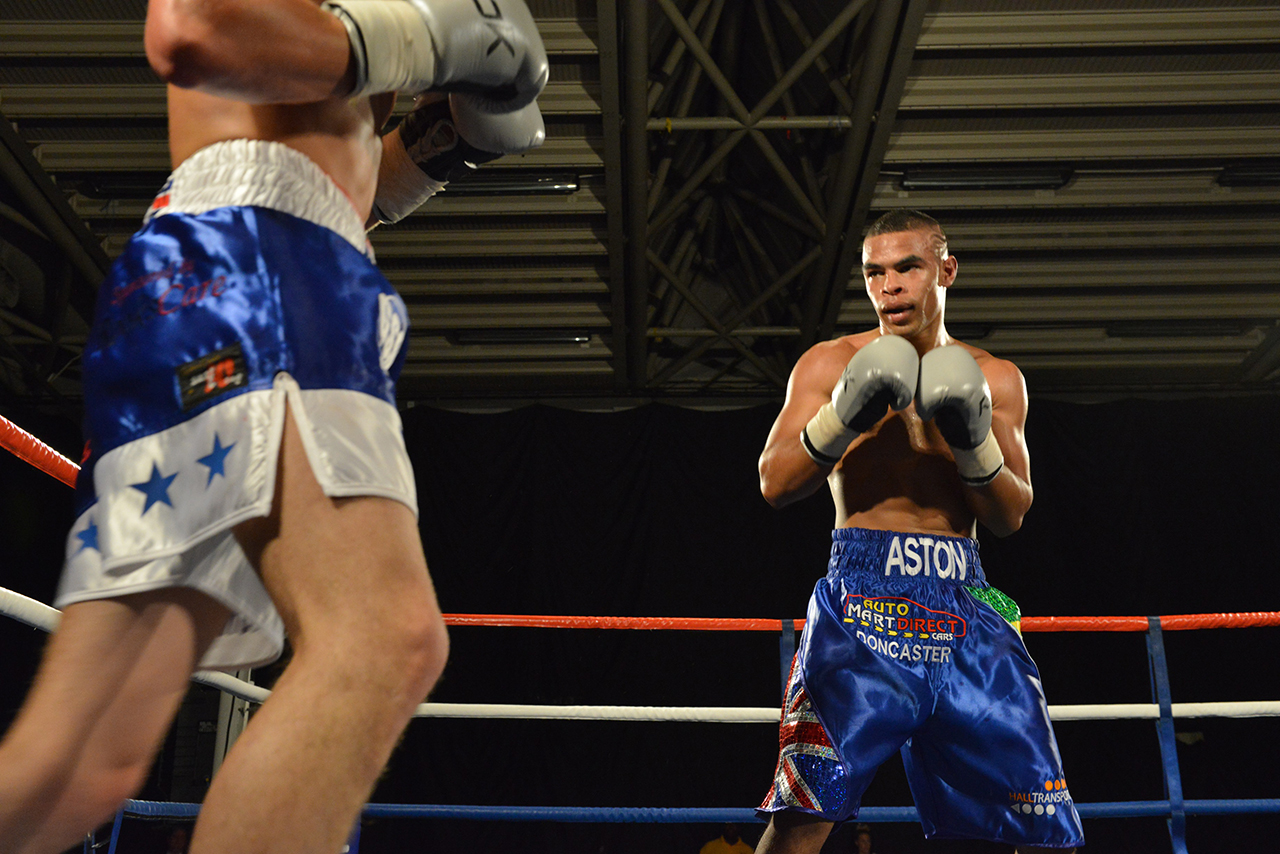 Aston Jolly, a Costain Operations Manager and light-middleweight boxing prospect, remains unbeaten after being involved in a close contest against Burundi-born Simone Lucas in November last year, preserving his record with a 39-38 points victory.

His latest fight at the Doncaster Dome was the second in three months for the Stainforth boxer after he secured a 39-37 points win against Liam Griffith in September 2014. Aston, 26, works in Costain’s Industrial Cooling business in Doncaster and turned pro in June 2013, but he already feels like he’s building up a head of steam. Now he’s got to lose weight and focus on notching up the wins, even if it’s by the slenderest of margins.

Aston’s fighting weight is 11 stone but he currently weighs 12 stone 11 pounds. It isn’t uncommon for fighters to carry extra pounds between fights, but it means there’s some weight to work off before his next fight in Doncaster on February 28.

Aston, who has been at Costain since 2009, said: “I need to put some hard hours in the gym training, that’s my focus now. I’ve recently changed to a gym and a trainer closer to where I live, which means my schedule between work, home and training is now more compact.”

Aston is committed and ambitious. He rises at 5am to put in a four mile run before work and, after a day on site, he heads to the gym for a few hours training. With a stringent fitness regimen the weight will drop off in no time, from there he needs to build his stamina and hone his technique, but the gym will only tell him so much. Gaining valuable experience in the ring with each fight is vital.

It’s only through testing yourself in the ring that you find out if you’ve got what it takes to beat a more experienced practitioner. Another couple of fights and he’ll hopefully be ready to challenge for the British Masters title.

“The next fight in February is a six rounder. I want to get more of those in over the next few months and then hopefully challenge for a title in the next 12 months,” said Aston.