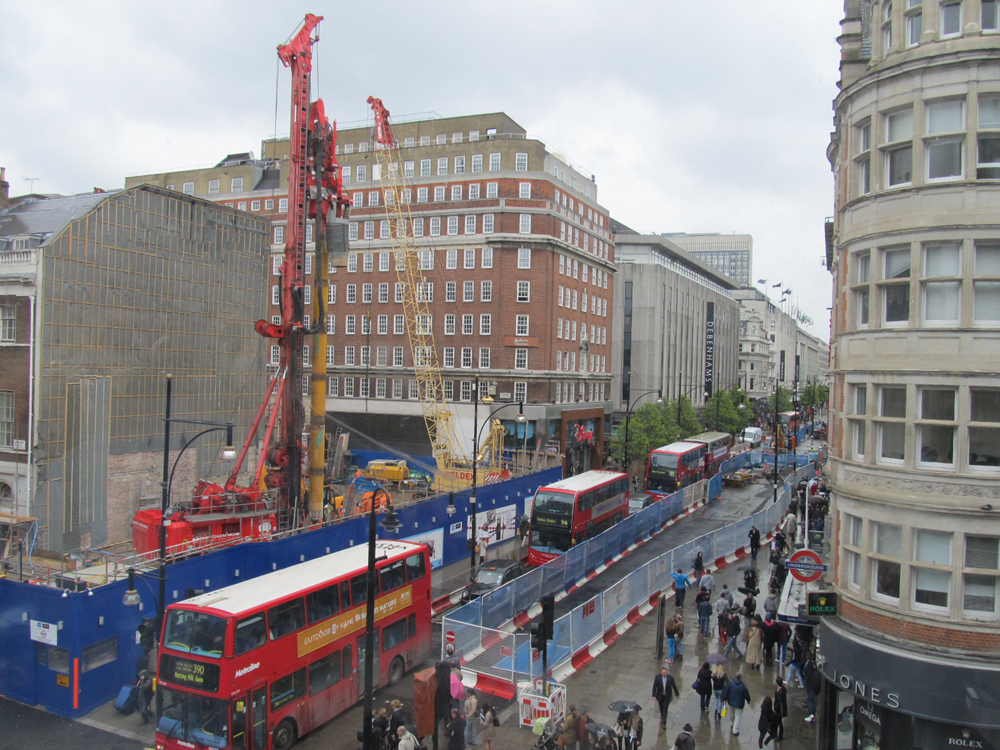 A Costain and Laing O’Rourke Joint Venture has excelled in the latest Considerate Constructors Scheme (CCS) assessment, achieving a total score of 38 out of a possible 40 points for its work on the Bond Street Station Upgrade for London Underground.

Out of a total of eight categories, the joint venture team scored a maximum 5 out 5 points in four categories: safety, environment, accountability and being neighbourly. Elsewhere, the team scored 4.5 out of 5 for appearance and being respectful, responsible and considerate.

A score of 5 means exceptional measures were taken, while a score of 4 denotes a high level beyond compliance was achieved.

Work is focused on the north side of London's retail hub on Oxford Street, boosting capacity and creating step free access to the station. The project will increase commuter capacity in time to receive Crossrail traffic in the heart of Central London once services commence in 2018.

The team is hoping to improve on the Silver Award it received at the most recent Considerate Constructors Scheme National Site Awards in March.

Brian Sweeney, the CCS Monitor, commended the team’s commitment to safety and innovation, particularly for its wind powered road signs. He also said the documentation outlining the project’s compliance with the Scheme as well as having a designated CCS Champion for each section of the code showed an outstanding level of commitment to CCS.

Co-ordinators were appointed to help drive improvements in each section of the CCS guidelines, and this enabled staff and on-site operatives to influence how the project was viewed by the general public and construction industry.

“[Bond Street] is an exemplary project. The level of available information to the general public and the liaison with adjacent neighbours is excellent,” Brian added.

Costain’s Community Relations and Security Manager, Paul Neal, said: “The area around Bond Street and Oxford Street is one of the busiest shopping areas in the UK, if not in Europe, so to achieve such a high score in the CCS is a fantastic achievement for the team. We tried to embrace every element of the CCS and to take an innovative approach in embedding a considerate culture. Our job now is to maintain this high standard and build on what we’ve achieved for the benefit of all stakeholders.”