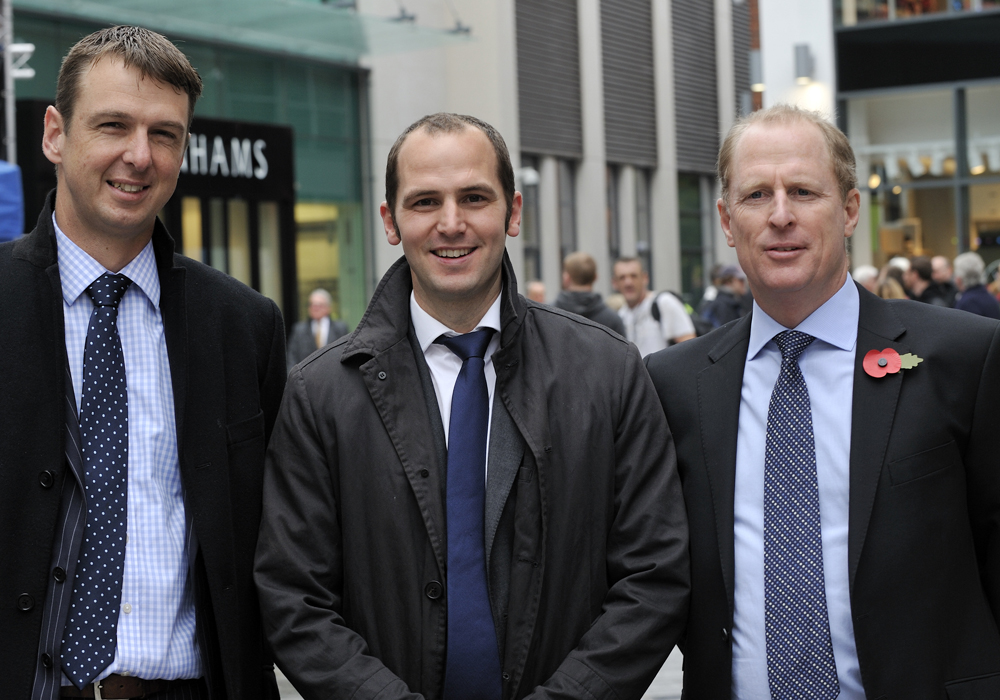 Christmas shopping in the Berkshire town of Newbury will be a little brighter this year as shoppers flock to a new attraction.

The Costain-constructed 300,000 sq ft Parkway shopping centre opened its doors on 27 October, ready for the run-up to the festive season. The scheme includes a new Debenhams department store – three times larger than the retailer’s old store in Newbury – as well as a host of top retail names including a number that are new to the town such as Superdry, Topshop, H&amp;M, Argento, Jigsaw and Lakeland.

Parkway also provides a 550-space shopper car park and 147 new apartments (plus 37 affordable homes), with the first apartment due to be completed this winter.

Costain’s client, developer Standard Life Investments, is delighted with the scheme so far.

A fortnight before the opening, the Costain team had largely completed the retail areas of the mall – “A lot of the tenants’ fit-out contractors are in and beavering away”, noted Project Director, David Woodhouse, at the time – and construction work was continuing on the new homes that are integrated into the project. The apartments are due to be handed over in batches in the summer of 2012.

“Despite the inevitable issues associated with having a major, complex building site in the middle of a town centre for three years, the project has gone very well,” said David, “particularly considering the volume of material we have moved both on and off site. Excavation of the complex basement alone involved removing 70,000m³ of material.

“We have received a great many compliments for our involvement and how we have managed our impact on the local community.

“The basement was an engineering feat in its own right, as a huge area had to be made secure from the high water table,” he added.

Further complexities included the installation of three lift shafts through the heart of a functioning Marks &amp; Spencer store adjacent to the site, a task that involved breaking through a secant piled wall and stripping out part of the store’s roof.

A recent substantial variation to the John Lewis store saw the building frontage being extended out towards Victoria Park. Although an additional challenge at the end of a complex project, the team made excellent progress. “We’re contractors. We like challenges, and providing solutions,” commented David.

“The sheer complexity is what I’ll remember about this job,” he added. “That and the scale of it. You really only grasp the size when you walk round and round, up and down, in and out of all the little areas at the back. It’s been hugely complicated but thoroughly enjoyable.”