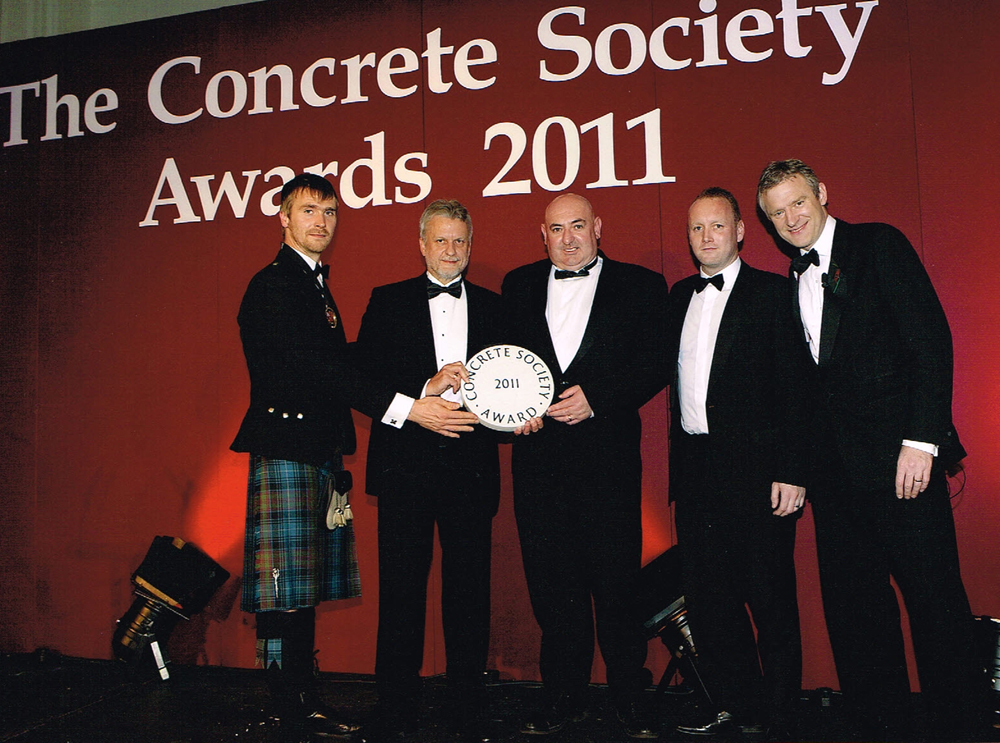 Costain has picked up number one accolade in the Civil Engineering category of this year’s Concrete Society Awards for its work at the Riverside Resource Recovery Facility at Belvedere, London.

The Company was the civils, building facilities and marine works design-and-build contractor on the huge waste management facility, which is one of the largest energy-from-waste plants in Europe and is currently being put through its operational tests.

It will generate electricity to power 66,000 homes, keeping 100,000 HGVs off the roads by shipping waste to the plant by river and helping London meet its target to reduce the amount of waste sent to landfill sites.

“It’s a structural concrete job, for which we used over 60,000m³ of concrete,” said Project Director, John Russell.

“Last year, we wrote an article for the Concrete magazine and I think the society realised that we should be applying for the awards this year. They came to the site a few months ago following our shortlisting in the category,  inspected the facility and viewed some of the further concrete information we had on display to help the judges make their decision.”

Costain was named the winner at a ceremony at London’s Landmark Hotel, Marylebone.

In their comments, the judges noted that the project was “a huge logistical exercise”, describing as impressive “the co-ordination of the concrete supply and works, not only for the slipform but also the infrastructure and ancillary construction. The scale of the slipform and the intricacy of ensuring the cast-in items were incorporated as the pour continued required total control.“

Apart from the basic building’s structure – half of which is underground – precast elements and in-situ concrete decking were used to create access routes for vehicles bringing waste from both the riverside berth and from landward.