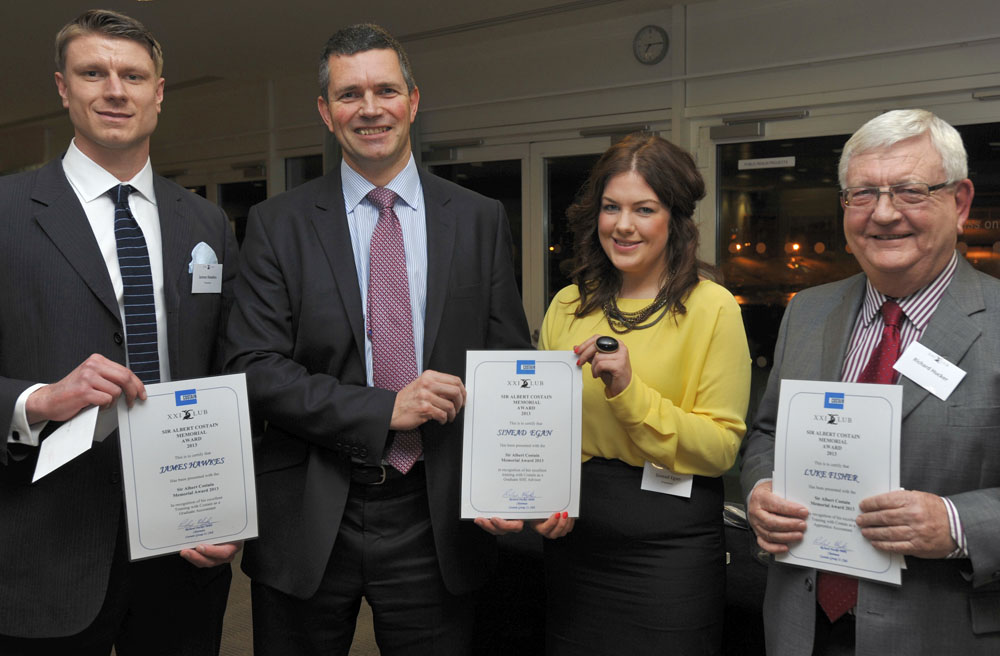 Three young staff members’ efforts to seize the opportunities offered by Costain’s training were marked at the AGM and dinner of Costain’s 21 Club*.

They became this year’s recipients of the Sir Albert Costain Memorial Awards. Sir Albert, who believed passionately in development through training, endowed the prizes, which go to staff who are deemed to have made the most of the training available to them.

This year’s winners were Sinead Egan, currently working as a SHE advisor on the Area 12 Managing Agent Contract for the Highways Agency covering Yorkshire and North Lincolnshire; apprentice accountant Luke Fisher, working on the Severn Trent AMP 5 framework; and fellow trainee accountant James Hawkes, who operates on the Central Work-Winning Team.

Sinead was the first graduate to achieve membership of the Institute of Occupational Safety, while Luke was described by AMP 5 Framework Director Ritchie Burcombe as someone whose enthusiasm and willingness to learn made him “a real asset to the framework”. James was described in his nomination as “always keen to assist” and “always keen to develop improvements”.

Each received a certificate and a cheque for £250.

*The 21 Club is open to any staff member who has completed 18 years with the Group. Membership is currently stable at around 700.