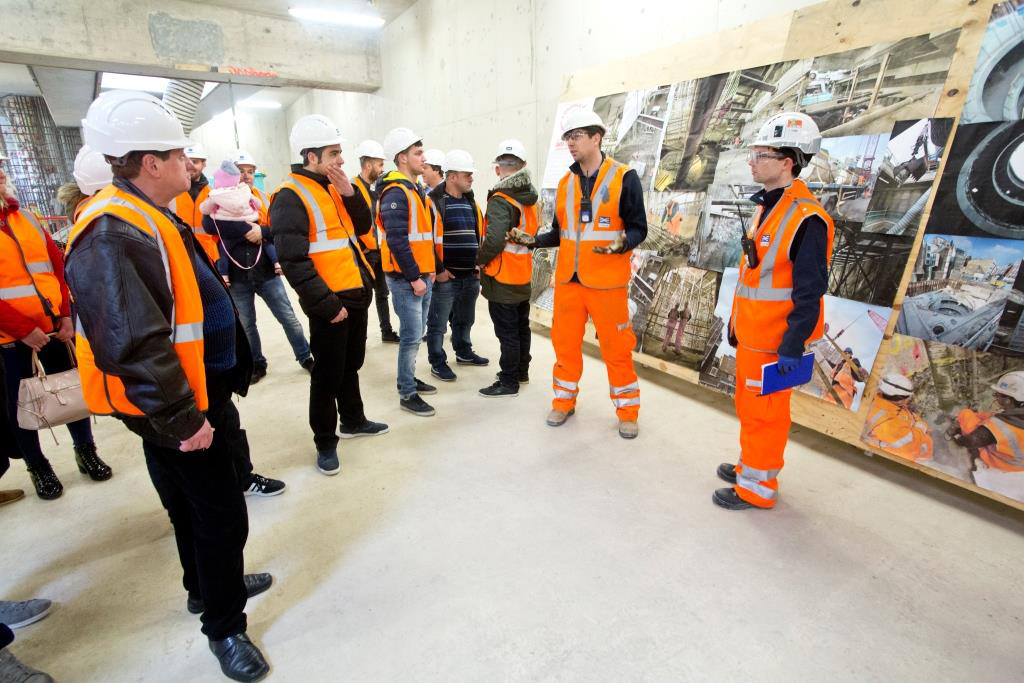 Spread over two Saturdays, in excess of 200 people visited the site, groups were greeted by the project manager at the Bond Street office and given an overview of the project along with an opportunity to see how BIM works using iPads, before then being escorted through the streets of Mayfair and down on to site.

Once on site, the visitors were given protective clothing and the children goody bags which contained a high viz vest and hard hat . The children were given a chance to sit in a small excavator, before their group was escorted below ground into the new station where they were met by some of the project engineers.

The engineers talked the visitors through various aspects of the site and showed them a number of project images highlighting different activities.

One of the highlights for the children was the demonstration of the clam shell excavator. Refreshments were provided and whilst the adults discussed the project over a hot drink the children (and some adults) had chance to enter into a colouring competition. All children were given a box of Lego (construction related of course) to take home as a memento of their trip to the Crossrail Bond Street project.

Frankie Jones, Community Relations Manager, said: “It is brilliant to be able to show our friends, families and local communities what goes on behind the hoardings. We can definitely say the event was incredibly successful and the project team has received great feedback from visitors, including requests to go down into the tunnels at the next time.”