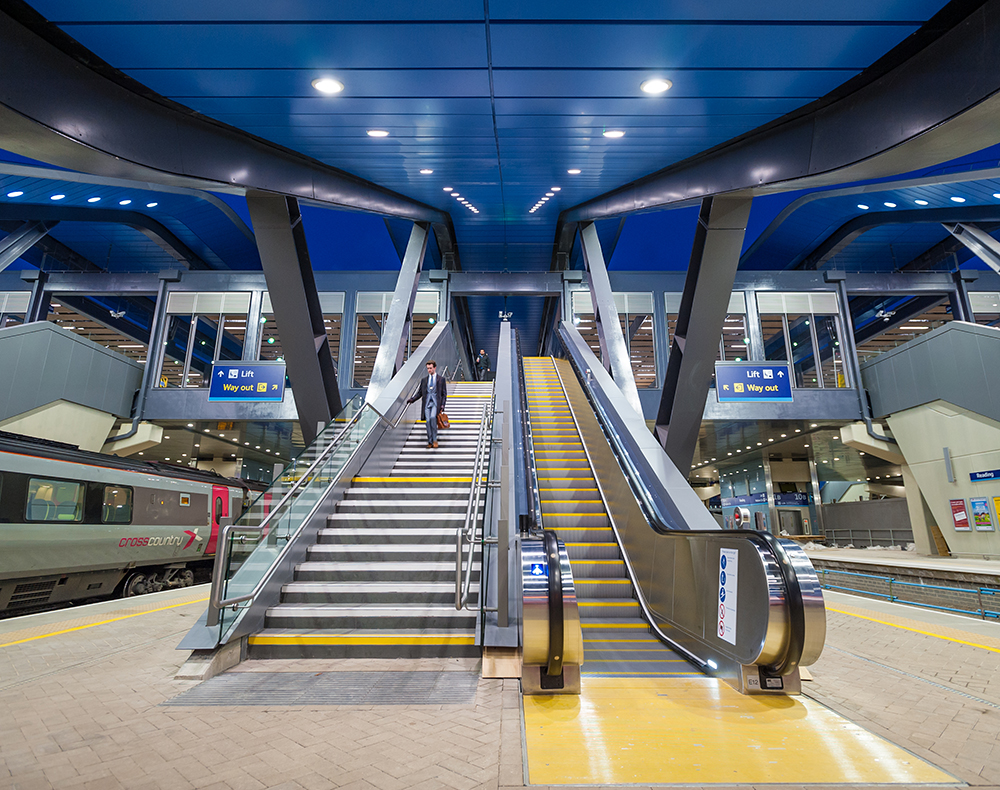 The recently-completed Reading Station has picked up another award – this time in the property field.

The project won the Thames Valley Property Awards’ Development of the Year category, with the judges particularly remarking on the close collaborative relationship between Costain, client Network Rail and subcontractors on the project.

The station, described by the judges as already a landmark building in the Berkshire town that would become an iconic structure, has been the subject of a complete modernisation and refurbishment over the past three years. Virtually every aspect has been upgraded, although the main entrance building’s external appearance has remained largely unchanged.

Among the changes, four new platforms were created to give added capacity, while the other 11 underwent complete refurbishment. The pedestrian bridge over the tracks was replaced with a new transfer deck and escalators down to the platforms.

“The travelling public would have seen the station effectively completed by Easter 2013 and over the past year we’ve been working on all the bits we couldn’t get to until then,” said Senior Project Manager, Jerry Hayes. “We received the completion certificate in May.”

Commenting on the judges’ remarks regarding collaboration, he explained that, from an early stage in the project, Network Rail and Costain personnel were co-located. “We sat in the same office, which immediately reduced the amount of correspondence, improved daily communication and helped the various parties to form into a team. That was a massive step forward and worked well.

“We also formed an official collaboration between ourselves, Lakesmere – who did all the roofing and soffits – and Bourne, our structural steel contractors.

“Very quickly, Bourne and Lakesmere came to us with an idea, putting forward a proposal to modularise the canopy cassettes off-site and reduce the amount of structural steel used.”

Lakesmere installed an office at Bourne’s works at Poole; together with M&amp;E contractors NG Bailey, the three companies worked on producing sections of the station structure with cladding and fixings for electrical cables pre-installed before they were then transported to Reading for fixing into position.