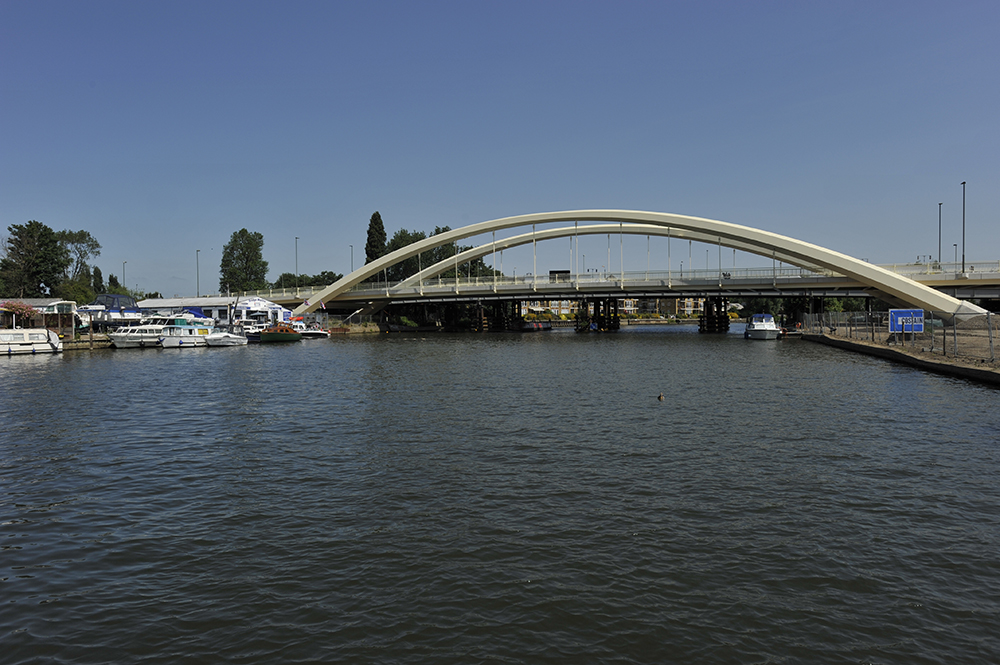 Costain has won two categories in this year’s Construction News awards – one of the most coveted titles in the construction and engineering sector.

The Company took top spot in both the Project of the Year (£10-£50 million) category with the new Walton Bridge over the Thames and also the Training Initiative of the Year with its ‘No Strikes’ project as part of the A-one + Integrated Highway Services team.

The award for the new bridge at Walton-on-Thames was the latest in a sheaf of titles won by the project.

It included several innovations. One was the use of a cement stabilising solution that allowed the alluvial ground on the eastern side of the river to be hardened sufficiently to support scaffolding and crane platforms and then returned to its original state at the end of the project.

Suppliers were chosen on the basis of quality and price rather than just cost, and the whole project team worked out of one office to fully realise the benefits of integration.

The Construction News judges commented that: “The project manager had a phenomenal grip on this project, which was run on the basis that ‘we are going to do this absolutely superbly’”.

Meanwhile, the A-one + team won their award for their No Strikes programme, which left the judges “seriously impressed”, said the publication.

From June 2009 to December 2013, A-one+ experienced eight major strikes by vehicles on impact protection vehicles (IPVs) on its maintenance contracts, or 1.78 per year. Seven of these eight collisions involved HGVs.

As a result, the company developed No Strikes, a training programme with three aims: to engage with the freight industry to develop accredited training; to raise awareness of IPVs among professional drivers; and to obtain driver feedback to influence future design and policy.

The training was centred on actual video footage taken from onboard one of the IPVs.

This captured an accident on the A1 in North Yorkshire when an IPV was struck by an HGV. The roadworker jumped clear just 1.5 seconds before impact.

Drivers undertaking the training watched the footage and then assessed the situation and the time leading up the impact.

Other aspects of the training tried to develop an emotional connection between professional drivers and the road crews manning the IPVs.

So far, 14 freight companies have incorporated the training into their Certificate of Professional Competence programmes.

A-one + invested £11,400 in the programme – a potentially very cost-effective procedure given that the estimated direct cost for a replacement IPV is £54,800. With 1.78 strikes per year, the annual accident cost is estimated at around £97,544.

The initiative not only reduced the immediate costs of a collision but also those in the longer term, such as the human, economic and medical consequences.