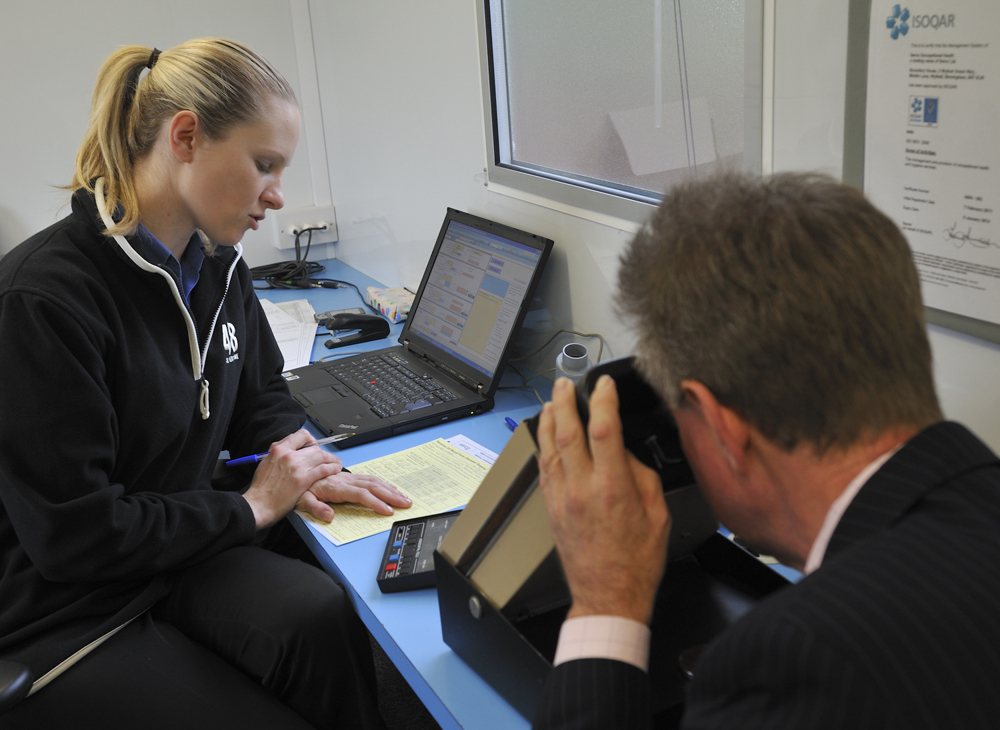 The arrival in November of a discreet vehicle staffed by a medical professional, outside Costain’s Maidenhead HQ, signals the next stage in the Company’s drive to improve the health and wellbeing of its staff.

Head office staff will be able to sign in for a 40-minute wellbeing medical covering such factors as Body Mass Index, blood pressure, pulse, cholesterol and testing for diabetes.

“It’s entirely voluntary and we are hoping to see an improvement in the take-up rate,” said Veronica Robins, Costain’s Health and Wellbeing Manager. “Traditionally, take-up for this sort of thing has been quite low. We’re not sure why; perhaps people fear that finding a problem will mean losing their job. In fact, nothing could be further from the truth.”

The Safety, Health and Environment department’s drive to care for staff members’ health stems partly from an acknowledgement that health has not always been afforded the same priority as safety or the environment over the past 15 years and this situation needed to be rectified.

Veronica was appointed to her role to actively promote and improve the health and wellbeing of the Costain workforce and try to ensure that the ‘health’ element of SHE was given equal consideration to safety and the environment when undertaking any activity.

Costain at one time had its own occupational health department, staffed by a doctor and two nurses, but it became a casualty of the difficult times the Company encountered in the early-1990s. However, the arrival of Andrew Wyllie as Chief Executive saw the subject re-establish itself on the Company’s agenda: “He’s been the catalyst for change,” said Veronica.

Musculo-skeletal disorders are one of the biggest health issues affecting the Costain workforce and whilst they can result from activities outside the workplace such as playing sport, doing DIY or playing computer games, the main causes within the working environment are poor manual handling techniques and poor workstation ergonomics.

“My aim is to ensure that health isn’t compromised on-site or any existing medical condition exacerbated,” said Veronica.

Two years ago, a ‘fit for work’ medical was instituted for safety-critical workers. “We don’t legally have to do this but we brought it in after a member of our workforce fell from height and it was subsequently discovered that he had a pre-existing medical condition of which the Company was unaware.

“Now safety-critical staff – such as those driving mobile plant, working at height or working on high speed road projects – are checked before they start work and have regular follow-ups, the frequency of which depends on their age.”

Campaigns aimed at raising awareness of health issues are another example of the Company’s proactive approach to occupational health.  Two campaigns in 2010 focussed on the prevention of musculo-skeletal disorders and noise induced loss.

“This was the first time that Costain had run health campaigns company-wide and they were very well received by project staff,” said Veronica.  “Sessions were made as interactive as possible, which made them fun as well as informative.”  Following on from the success of last year, two further campaigns are being rolled out in 2011. The first was aimed at raising awareness of drugs and alcohol issues and the second, which is due to commence in early November, will concentrate on the prevention of heart attacks and strokes and the benefits of a healthy lifestyle.

Additionally, the Company provides free BUPA membership for all staff who have been with the business for more than three years, together with discounted membership rates for their family members. The top 50 staff also receive ‘executive medicals’.

In the wider area of ‘wellbeing’, the Employee Assistance Programme gives staff access to a free confidential information and counselling service 24 hours a day, 365 days of the year on a range of subjects including not just health but also financial, legal or relationship issues that may have a detrimental effect on their health through worry if not resolved.

“It’s become something of a cliché to describe people as a company’s greatest asset,” commented SHE Director, Peter Fisher, “but we happen to believe it’s true and we want to take tangible measures to show staff that there’s a genuine level of concern about their wellbeing while at work.”