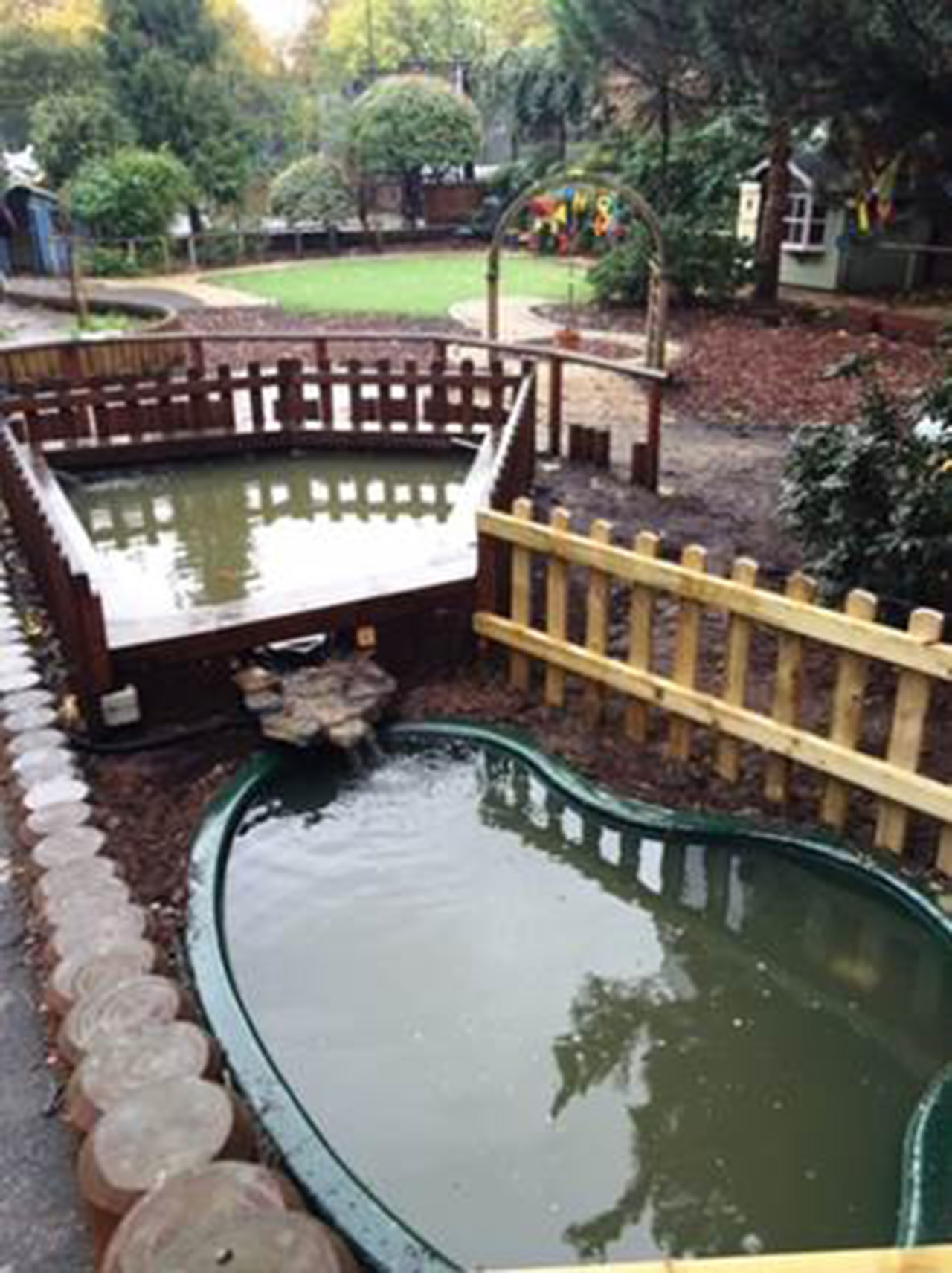 When a local primary school wanted to extend their pond, it was the Costain Paddington New Yard team to the rescue.

Explained Tracey Taylorson, Costain Community Relations Manager: “The Edward Wilson Primary School has had a pond in its nursery playground’s nature area for almost 15 years. The school uses it to teach the children about the different creatures who live in that kind of environment. As well as the fish, it is also home to the occasional frog, and also has frogspawn and waterborne insects. However over the years the number of goldfish in the pond has grown to more than 40 – far too many for the pond.”

So over the school’s autumn half-term break, the Costain team of volunteers Steve Cowell, Amandeep Singh, Gervinder Singh and Dimetri Sas moved in. With the fish safely housed in a temporary home, they removed the old pond and installed a new, bigger one complete with a new pump. They also repaired a path that had needed attention.

The children and teachers were thrilled with the results. The children made a card to thank the Costain team and, said Cory Smith, the school’s Community Engagement and Development Officer: “They absolutely love the extension to the fish pond. Thank you so much for the work you have done in ensuring our environment is stimulating for the children.”

The fish obviously like their new home too: “They are absolutely thriving,” said Tracey. “The first time we saw them in the old pond they didn’t come to the surface much. However when we returned they were really animated.

The work isn’t over quite yet for the Costain team. They will be back soon to install benches near the pond, and hope to do some construction safety talks with the children later this year.