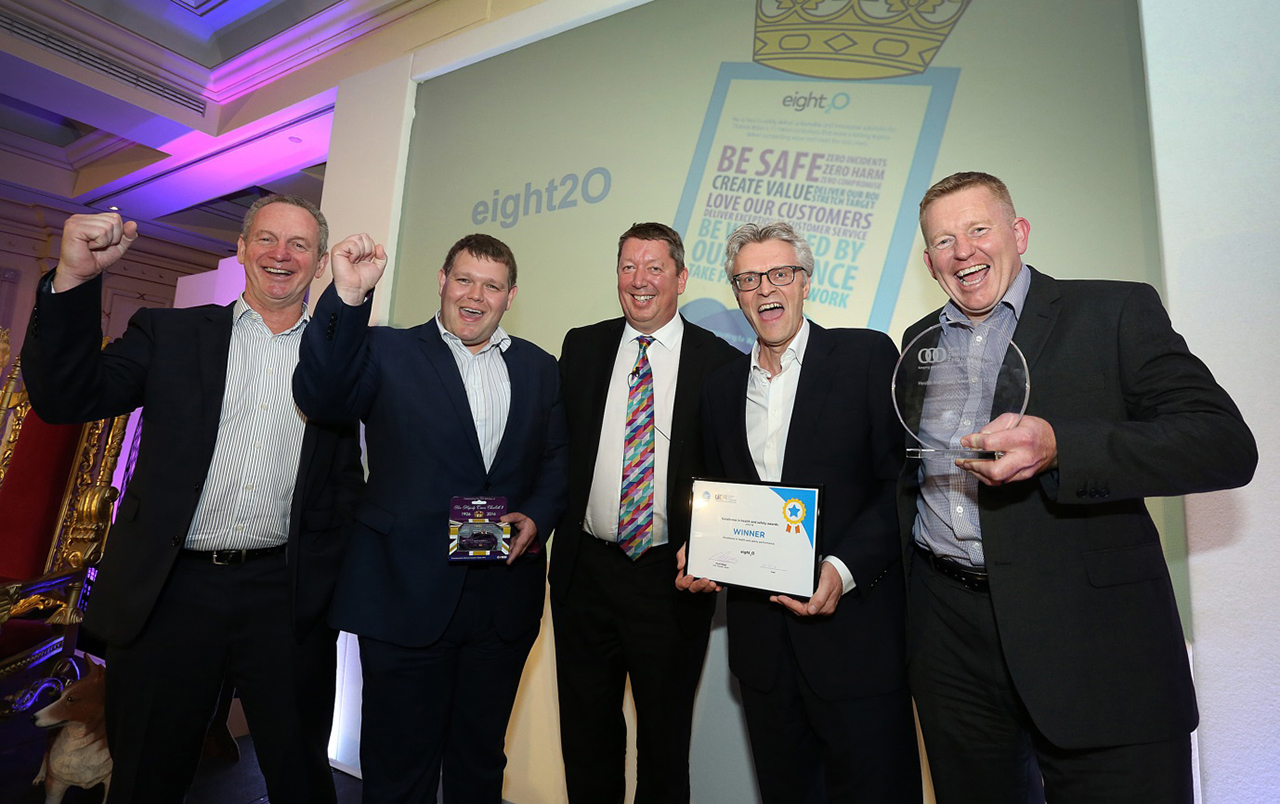 The award ceremony, now in its sixth year, took place at the lavish Millennium Hotel in Mayfair, London. eight2O picked up the Excellence in Health & Safety Performance Award, which recognises the best work-related health and safety practice and performance by anyone working for, or on behalf of, Thames Water, the UK’s UK's largest water and wastewater services company.

In deciding the winner, the judging panel looked for measures of effective health and safety management and implementation of processes and procedures.

At the time of submission the eight2O alliance, which includes two design and build joint ventures made up of Costain and Atkins (CAJV), and Skanska, MWH and Balfour Beatty (SMBJV), plus MWH as the programme manager and IBM as the technology innovation partner, had notched up 258 safe days, and counting. That equates to over 8 months and 2 million man hours without a lost time incident or reportable RIDDOR.

Martin Baggs, the CEO Thames Water, complimented eight2O on its achievement, while highlighting that the alliance had ramped up production from zero to £250m, whilst embedding a culture of safety across the organisation.

Commenting on the award, Michael Dyke, the Chief Executive of eight2O, said: “Keeping our people safe is the foundation from which we can make eight2O a great place to work and shows how well we are already working as one team. I want to take this opportunity to thank each and every person in eight2O, who has contributed to this achievement.”

Alongside the Excellence in Health and Safety Performance award, eight2O were also shortlisted in the Health and Wellbeing Initiative, and Innovation of the Year categories. Working with Guide Dogs UK, the SMBJV was recognised for their innovative redesign of streetworks, while the CAJV was noted for their mental health awareness initiative.

eight2O is delivering billions of pounds of essential improvements to Thames Water's ageing network over the AMP6 period.

The Company is using the alliance model to achieve greater efficiency in the delivery of its business plan, with a greater emphasis on collaborative team-working, innovation, sustainability and an integrated supply community, in a bid to lock in long-term value to the Company and its customers.