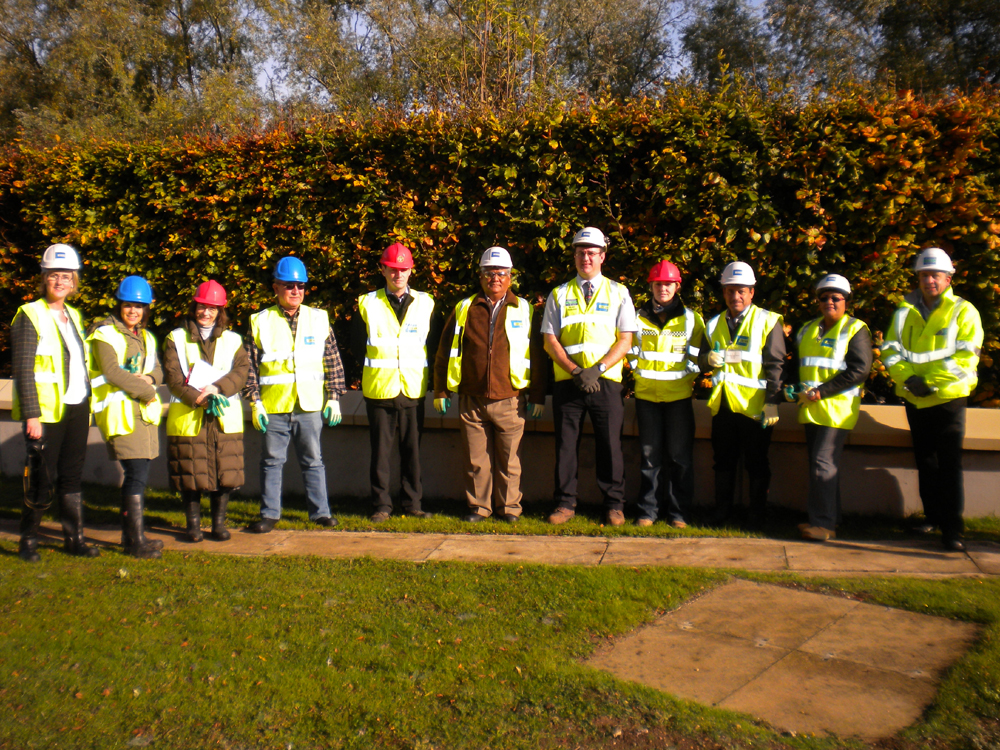 Parliamentary delegates from El Salvador, who included the equivalent of the UK’s Environment Select Committee, visited the Severn Trent Water facility at Tewkesbury as part of a trip to see how the UK manages flood emergencies.

El Salvador has recently suffered torrential rain and flooding in which at least 30 people have died, 50,000 people have had to leave their homes and another 250,000 have been affected by the conditions. Mythe WTW was the subject of extensive protection measures by Costain following the floods of 2007 that swamped the works and left 350,000 local residents without clean water supplies for 10 days.

The visitors were interested to learn how the UK plans for, manages and recovers from flooding. They hope their visit will help El Salvador’s ability to tackle the impact of future inundations.

Severn Trent Water’s Programme Manager, Sad Buray, commented that while the 2007 UK floods had been mild compared to events in the Central American nation “it became clear during the visit that there is a mutual understanding and appreciation of the challenges we face with climate change and the need to plan for large storm events”.

Hosted by the Environment Agency, the delegation was briefed on the agency’s flood warning service, the UK’s 2007 floods and their impact on Tewkesbury and the wider Gloucestershire area.

Costain’s Site Agent, Chris Vice, showed the visitors around as they inspected the new flood defences, which included embankments, concrete walls and sheet piling, timber-clad to help it blend into the landscape.

“It was a look round to see what had happened and what had subsequently gone on to ensure the treatment works remains operational in future,” said Costain’s Community and Liaison Manager, Jacqui Bolsover.

Although Costain completed the bulk of the work at Mythe some time ago, further flood alleviation measures are due to get underway imminently. A related flood compensation scheme involving the removal of a disused railway embankment nearby is also planned to be delivered next year.