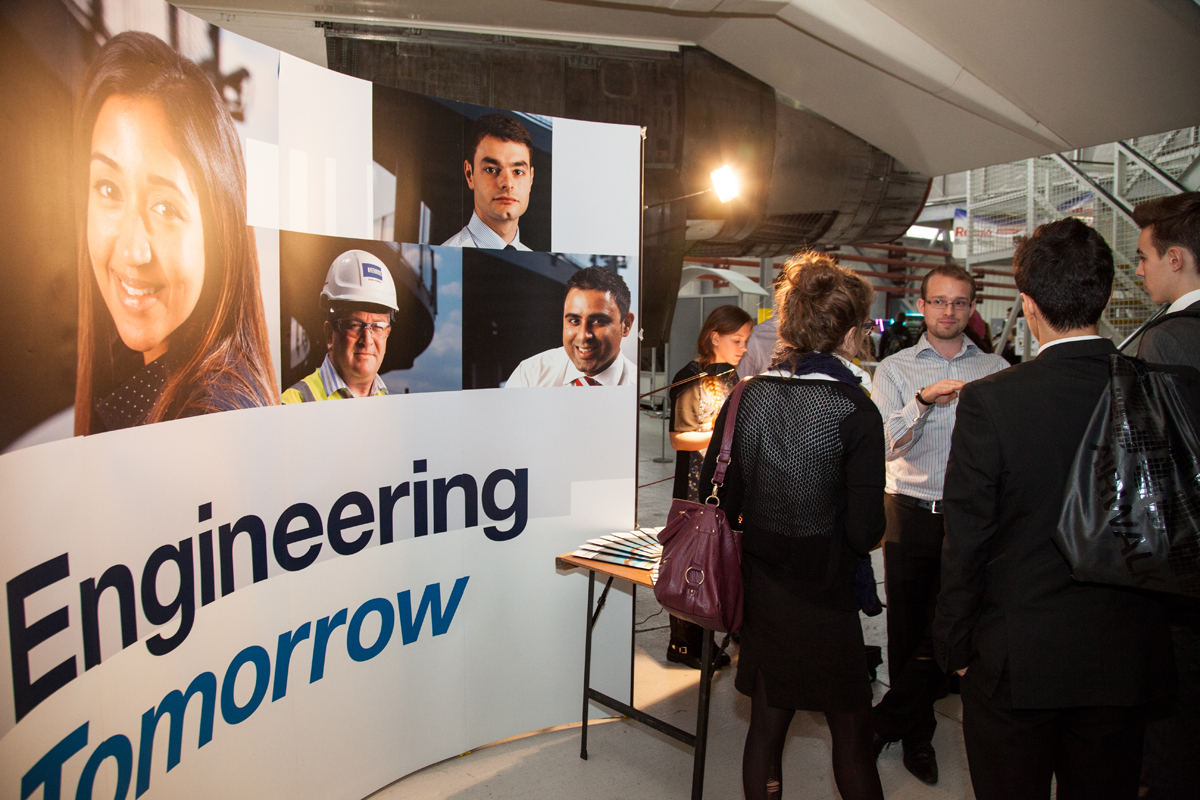 More than 500 pupils from 23 schools attended a Costain-supported Engineering Festival designed to engage potential new recruits to the sector.

The event was held at the Imperial War Museum at Duxford, Cambridgeshire, and organised by STEM Team East, a charity that aims to attract youngsters to science, technology, engineering and maths. Funding comes from the Government’s Department of Business, Innovation and Skills, together with the Department of Education.

The festival consisted of talks, displays and workshops that aimed to pique the interest of secondary school pupils starting to consider future career paths.

“We were one of the industry representatives in the ‘Career Corridor’ part of the event,” explained Costain Mechanical Engineer, Phil Ebner, whose ‘day job’ sees him working on the UK Power Network 132kV Overhead Line Framework and who attended the festival along with Graduate Business Managers Matt Davies and Emma Williams.

“We were there to talk about engineering within industry and the exciting opportunities associated with a career in engineering. We handed out Costain brochures and other goodies so that the students left with something.

“It was a huge success, with a constant flow of students throughout the day. It was great to see such a passionate group of students wanting to learn more about a career in engineering as well as my work on the overhead power line network.”

Elizabeth Crilly, Director of STEM Team East, which covers the East of England, echoed his comments: “Schools were very pleased to have such an opportunity to meet engineering companies,” she said.

In a message to the event’s supporters, she added: “Thank you for your tremendous efforts and generosity with both your time and expertise in supporting The Engineering Festival. With your help we provided a comprehensive programme of engineering experiences through workshops, talks, career advice and company stands.”