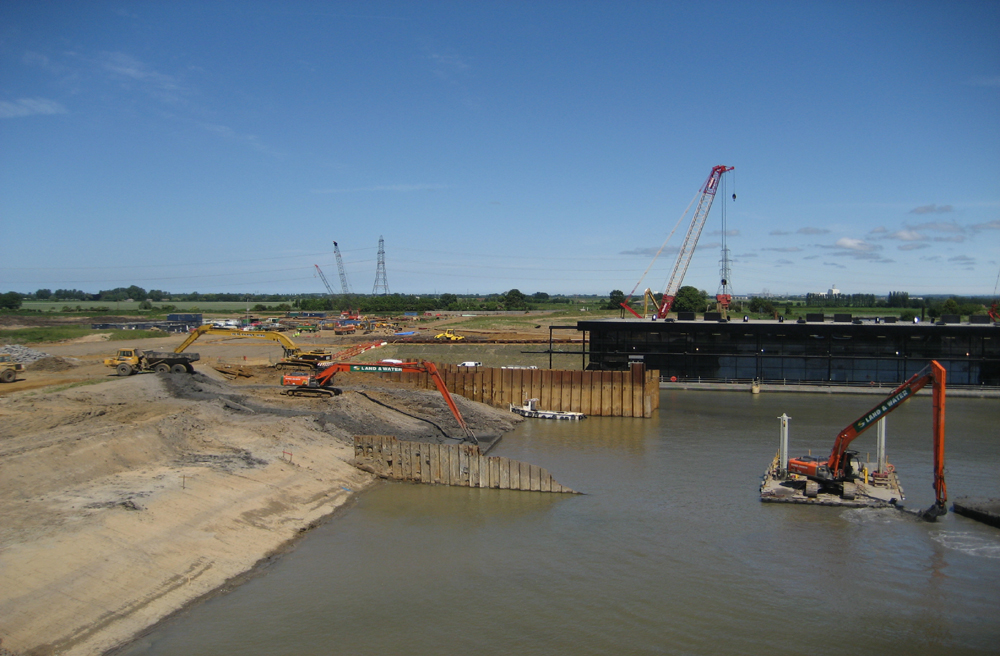 The team behind Europe's second-largest land drainage scheme is tackling its final major challenge before completion of the project.

Demolition of the old pumping station at St German's, near King's Lynn in Norfolk, is starting now.

Its replacement, built for local flood defence and navigation authority the Middle Level Commissioners, had four of its six pumps fully commissioned at the end of March. All six together are capable of pumping 100 tonnes of water every second during a 1 in 100 year rainfall event, key in preventing 70,000 hectares of low-lying East Anglia from flooding.

Meanwhile, its 76-year-old predecessor is being stripped internally before demolition of the main structure starts.

Among the items being saved from its interior is a rare Crossley engine, a type of diesel, which is being gifted to the Anson Engine Museum in Cheshire.

The old pumping station, which is constructed predominantly of mass concrete and straddles a waterway, will be demolished by a long-reach excavator tipped with a mechanical breaker specially adapted to work underwater.

While demolition is underway, it will be vital to retain a clear flow of water between the old and new pumping stations.

Simultaneously, work is proceeding on dismantling a series of temporary coffer dam cells around the new station that had been erected to allow construction of it to be undertaken within a locally widened section of the discharge channel.

Three crawler cranes - one of 300 tonnes, the others 280, serviced by two smaller vehicles - are now well into the programme to remove the coffer dams. More than 500 piles in 16 cells have to be removed.

Project Manager, Ritchie Burcombe, said there had been close involvement with residents of nearby St Germans village over the demolition. Not only is there some unavoidable noise, but removal of a major building that was part of the village for 75 years has led to heavy goods vehicle movements close to residents' homes.

To minimise waste, none of the excavated material created during the construction phase of the project has been sent off-site. Instead, it is being used to create landscaped bunds around the location. "Ironically, Norfolk is getting some hills for the first time!" joked Burcombe.

Target date for substantial completion of the project is December, with Costain due to be off-site in March 2011.