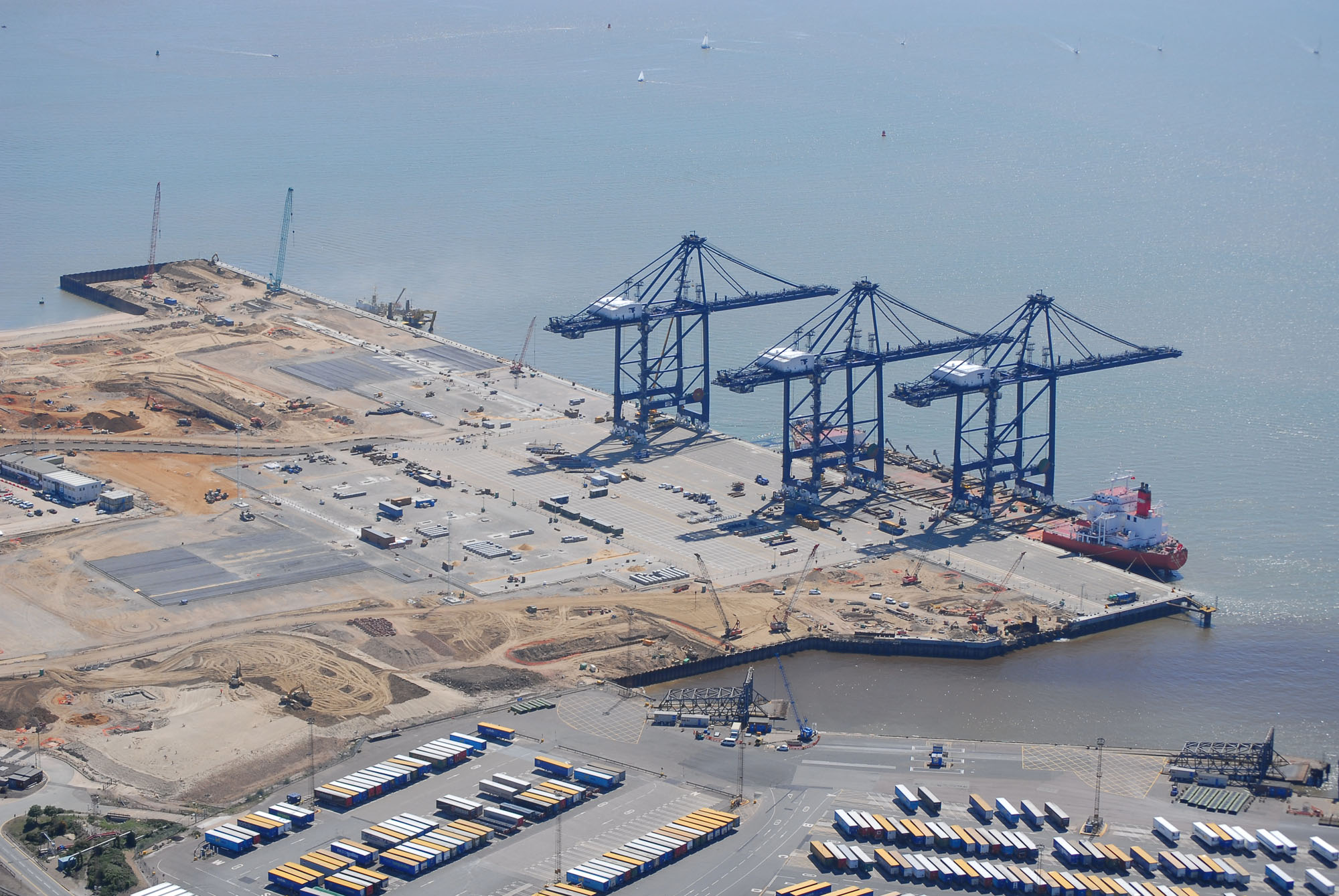 The latest chapter in Costain's long-running relationship with the Port of Felixstowe is now less than a year away from its targeted completion, with the team behind the current Felixstowe South Reconfiguration project aiming to bring it in on time despite the past winter's abysmal weather.

The first phase - 440 metres of quay - has been completed and handed over for delivery of the new quay cranes. The second section, involving a 300-metre length, is now underway, together with paving work inland.

The freezing winter weather presented a number of challenges in the first phase due to the low temperatures affecting the laying of the concrete sub-base, says Deputy Project Director Nigel Desert. Although the team was able to claw back some of the deficit, losing that amount of time close to the end of that section of the project had an inevitable effect on handover schedules.

Nevertheless, the aim is still to finish the second stretch of quayside by 12 September and the overall project on time in May 2011.

The project requires huge amounts of fill; to date, more than 3 million m³ of material has been dredged from the seabed just outside the port and from off Great Yarmouth.

As well as the quaysides themselves, which will offer deeper berths for the largest container vessels, there is also a&nbsp;huge expanse of container stacking areas to complete on the 35-hectare site, requiring more than 18 million paving blocks.