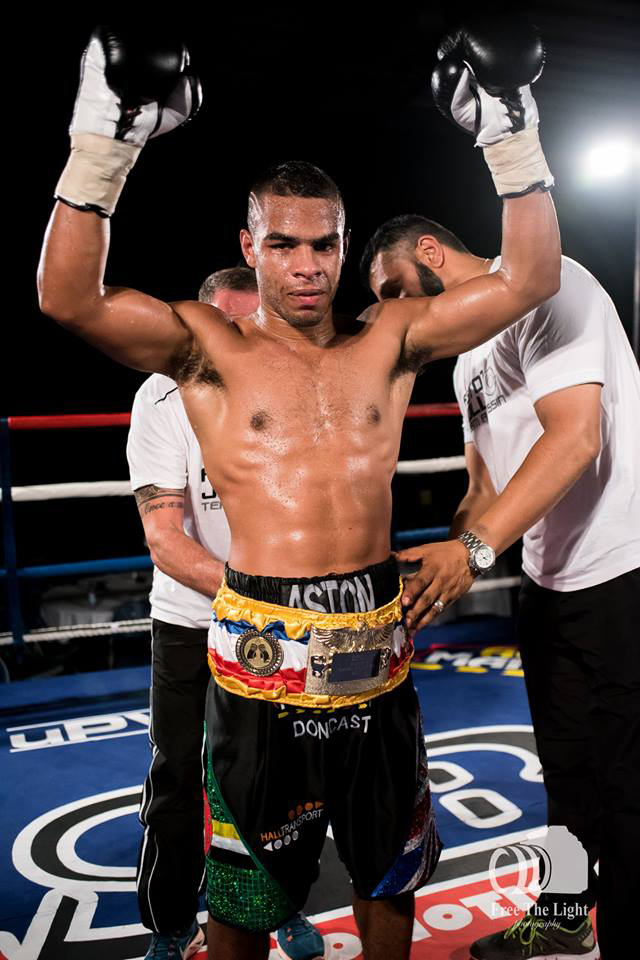 Aston, 27-year-old Operations Manager at Costain’s Industrial Cooling business in Doncaster, took the British Classic Challenge Belt after his latest victory on his home turf at the Doncaster Dome.

This latest success takes his professional career tally to eight fights, with seven wins and one draw.

In his latest bout he beat ‘Bad News’ Danny Brown from Essex over eight rounds – the longest fight in which he has yet competed – in the super-welterweight category (previously known as light-middleweight, for boxers of 11 stone, or 68kg).

“It was the first time I’ve gone that distance, and I took the fight on a points decision, 79-74,” he said. Despite the longer fight – his previous bouts have been mainly four rounds, with one six-rounder – he came through the additional effort well. In the end, the five-point margin of victory was “reasonably comfortable,” he said.

Aston turned professional in 2013 and his fights are coming at a rapid tempo this year. His next will be in October at one of the UK’s most famous boxing venues, York Hall in Bethnal Green, east London. And it’s an important one.

The fight card is entitled Stand And Deliver and the bout will mean another step up for Aston, as it’s a 10-rounder. It will be broadcast live on the promoter Matchroom Boxing’s pay channel.

With so much at stake he is already hitting the gym in a big way in preparation.

Pictured: Aston Jolly acknowledges the crowd’s applause as his title belt is fastened round his waist.