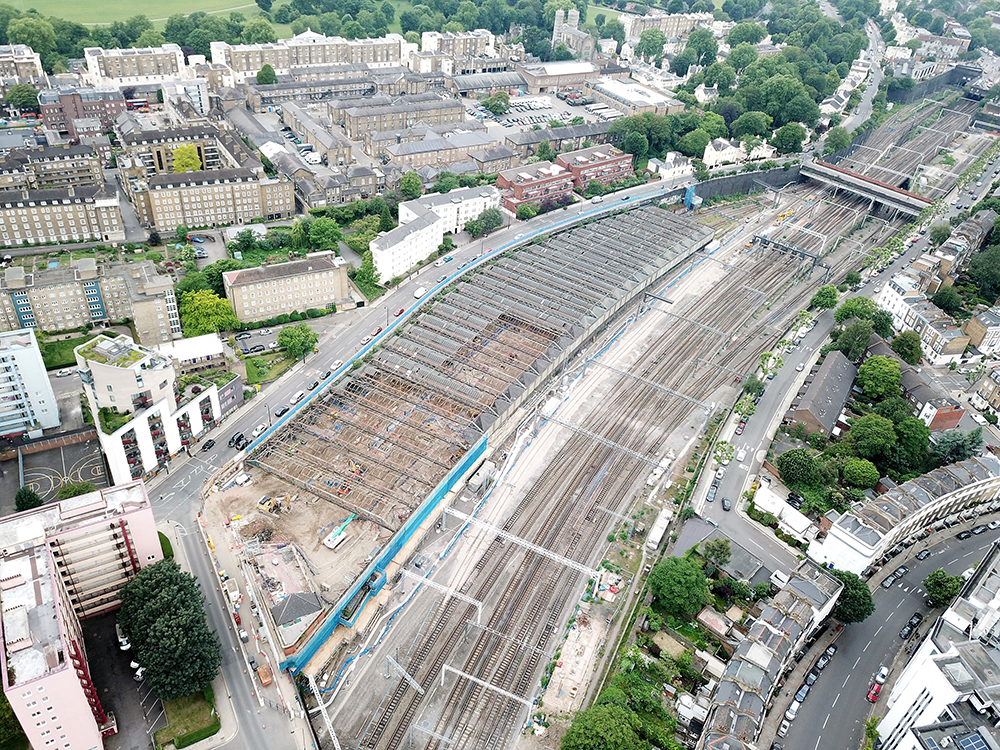 HS2 has successfully completed the demolition of the former carriage sheds at Euston station, revealing for the first time, the site of the approach tunnels for the new high speed rail link’s London terminal.

The work, a major milestone for the project, will help pave the way for the arrival of the specialist tunnelling teams on site next year.

At Euston, HS2 will deliver eleven new platforms in two phases, more than doubling capacity at the station, as well as providing a new concourse and expanded Underground station, linked for the first time, to the nearby Euston Square tube station.

Twin 13 mile (21km) long tunnels, the biggest tunnelling project since Crossrail, will take the 360km/h trains out of London via a new station at Old Oak Common linked to Crossrail. At the southern end, a tunnel portal will be built on the site of the carriage sheds, just south of Mornington Street Bridge.

The demolition, which took nine months to complete was managed by HS2’s London enabling works contractor, CSJV working with demolitions contractor Keltbray. Up to 70 people were employed on site during the painstaking demolition of the sheds, which are adjacent to the west coast mainline.

Specialist teams used drones to survey the inside of the Victorian structure, before taking the fragile roof structure apart. In total, more than 7,000 glazing panels had to be removed from the 250m long building. The team then used a cranes to remove the 27 huge 50m-long steel trusses which supported the ceiling.

Out of use since 2004, the sheds were built to house carriages and later used for Royal Mail trains. Surplus track, switches and points removed from the sheds have been donated to the Bluebell railway, a heritage line in Sussex.

“The demolition of the old carriage sheds marks an important step forward for the project, clearing the way for the start of construction works next year, and the delivery of one of the most exciting new stations on the HS2 route. I’d like to congratulate the team on a job well done and look forward to moving ahead to the next stage of the project.”

“The CSjv team, consisting of people employed from the local area and other experienced professionals, alongside Keltbray have worked carefully and efficiently to ensure that this structure has been demolished safely.  It marks a great milestone in the construction of HS2 and shows the fantastic progress that we are making in Euston and across Area South.”