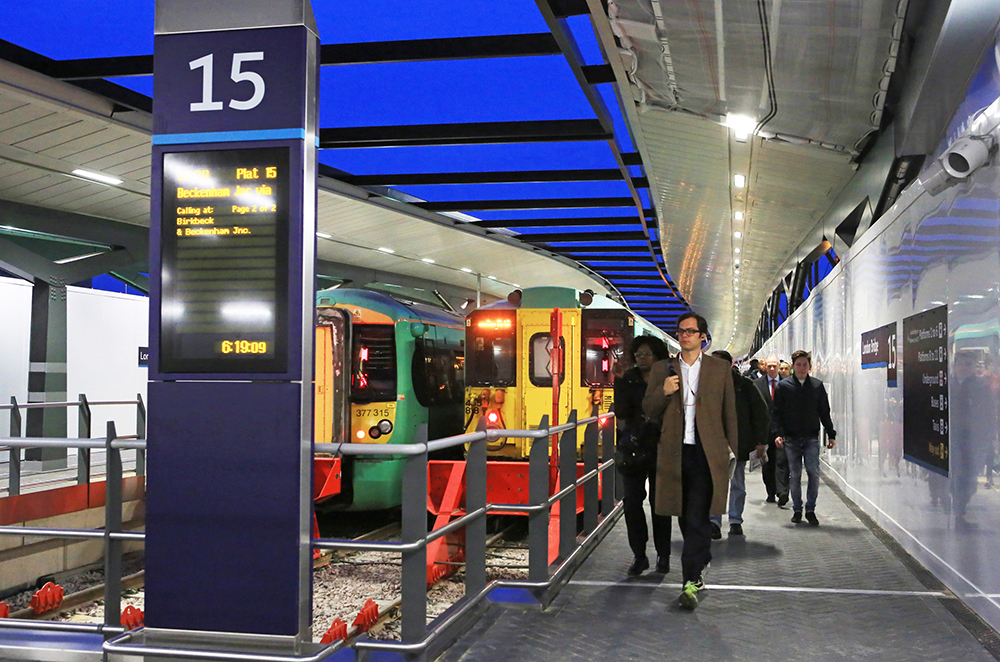 The first tangible improvements for passengers using London Bridge Station have been unveiled with the opening of the initial two rebuilt platforms.

This week commuters stepped off their trains on to the newly re-opened platforms 14 and 15, which have been demolished and rebuilt over the past 11 months as part of the £700 million project to completely refurbish the busy terminal and make it fit for 21st century travellers.

As well as the new precast platform structures, new prefabricated eyebrow canopies over the platforms have also been installed. Costain’s Community and Security Manager at London Bridge, Mick Caldwell, said that challenges for unforeseen risks had been included in the timescale for this unique project but the work had generally gone extremely smoothly.

The two new platforms will remain slightly narrower in width until later this year due to the positioning of hoardings to separate passengers from continuing work on the neighbouring platforms and on the station façade.

All platforms at London Bridge will undergo the rebuilding process, with work starting yesterday on demolition of platforms 12 and 13. The tempo of work will continue, with the second pair of rebuilt platforms due to be unveiled in August.

The London Bridge scheme is the last major component of the Thameslink Programme, enabling Network Rail (NR) to introduce a 24-trains-per-hour, 12-car service that will significantly increase rail capacity through central London.

The project involves the complete phased demolition and reconstruction of the station to create a street level concourse and platforms covered by feature canopies. The track layout will be completely reconfigured and one of the largest and most complex signalling schemes attempted in northern Europe installed. The new station will fully open in 2018.

Costain is delivering the project under Early Contractor Involvement (ECI) for NR, alongside Balfour Beatty (track) and Siemens (signalling).