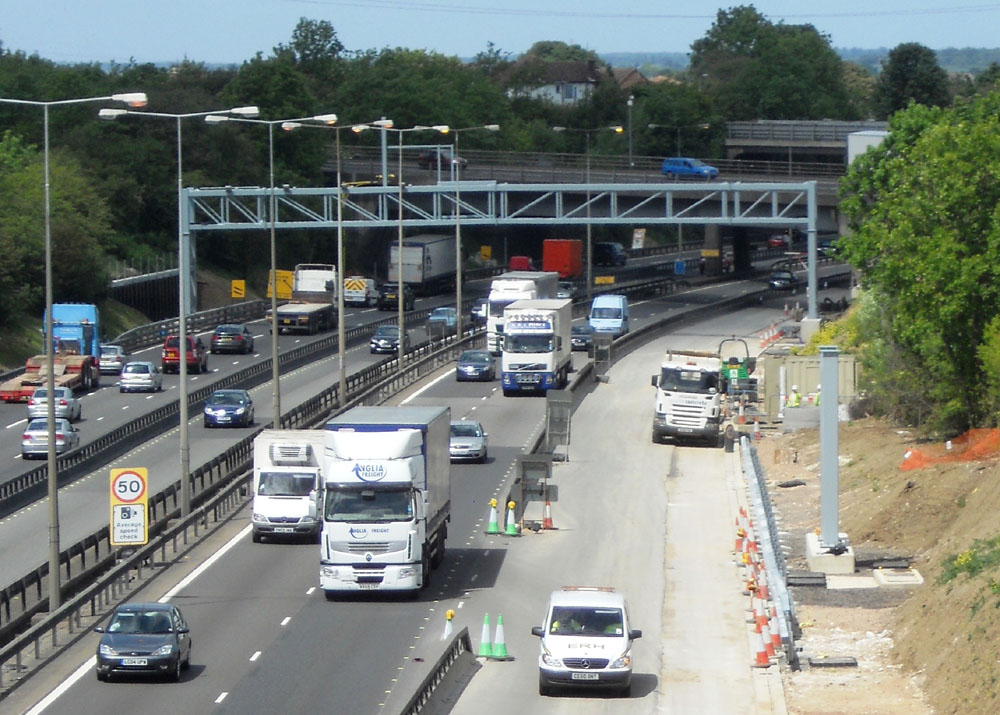 The Costain-Carillion JV team on the £266million M1 J10-13 Hard Shoulder Running (HSR) scheme has achieved a project milestone by erecting the first of 56 new ‘Superspan’ motorway gantries being installed over the next 18 months.

A rolling roadblock was used instead of a full carriageway closure and the installation was completed within 30 minutes. The gantries will carry the signage and technology essential to allow the hard shoulder on the 24km of carriageway to operate as a traffic lane during busier periods, in line with the Highways Agency Managed Motorways programme.

Work on site is progressing well, with the scheme due to be fully completed in Spring 2013.