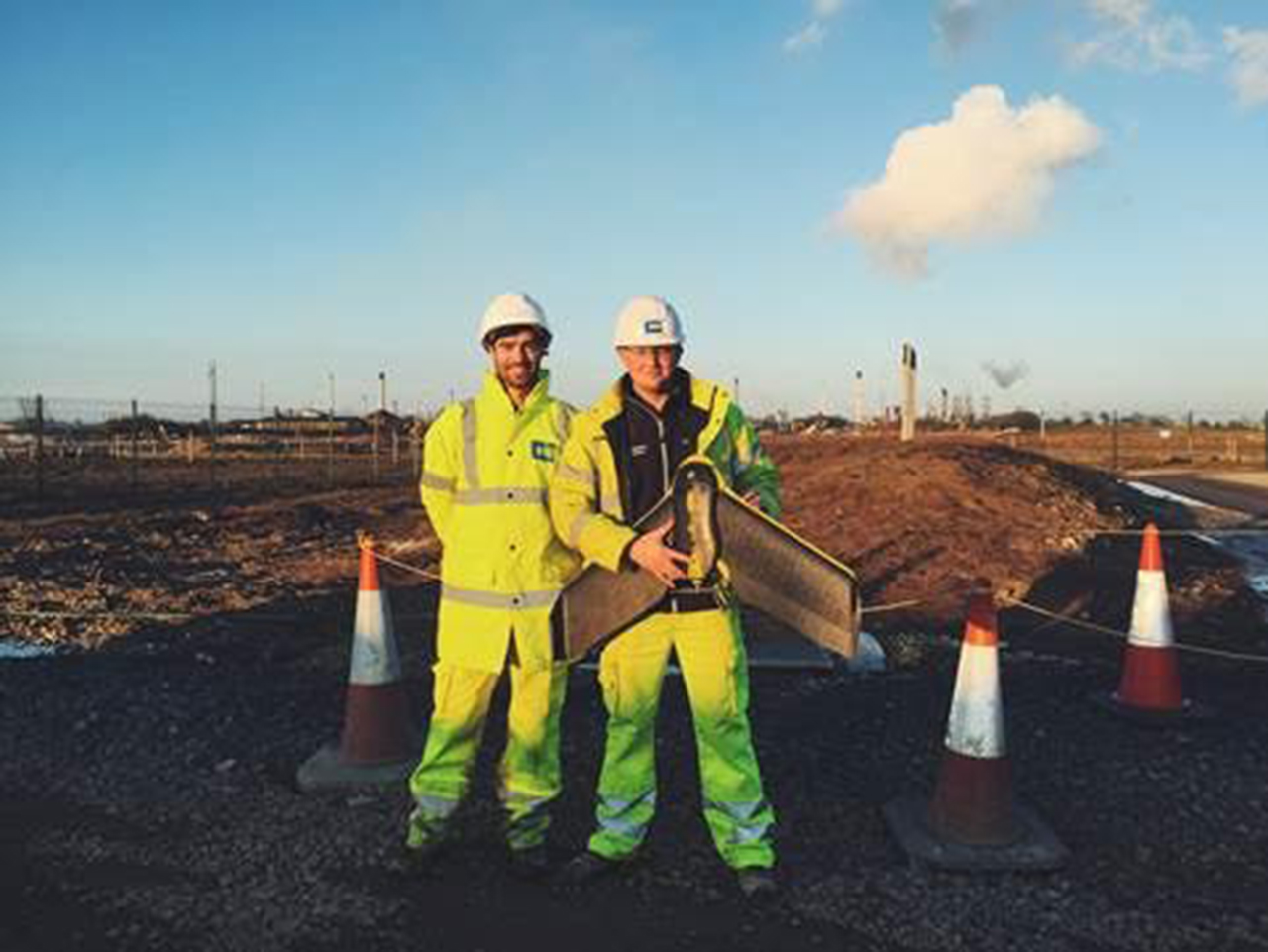 Costain and Highways England recently delivered a series of presentations at an Academy School in Lincolnshire aimed at inspiring the next generation of engineers.

Students at the Oasis Academy Immingham in Lincolnshire heard from Graham Starkey from Costain and Connor Walls from Highways England about Building Information Modelling (BIM), and Paul Georgie from drone company SenSat, about how drone technology is being used on the £88.4 million Scheme.

Work is being carried out on behalf of Highways England and involves upgrading 5km of the A160 from single carriageway to dual carriageway, and constructing a number of new structures, including a new bridge.

The main attraction was Aimee, the first fixed-wing drone suitable for use over urban areas in the UK. Though students didn’t get to see her in action due to adverse weather, SenSat’s Paul Georgie described how the ultra-lightweight 700-gram drone has helped to survey the project.

BIM is now a vital part of the design, engineering, construction and maintenance processes, both in the planning and execution of projects. Data from the drone can capture highly accurate geo-referenced topographic surveys in a fraction of the time of a manned team, achieving a resolution of just 3cm.

Paul said: “This is the first time we’ve been able to go to a school and demonstrate this technology. We call it 21st century geography. It’s all down to three main pillars – technology, hardware and software. Much of the technical work used to be done on huge computers but now we’re seeing powerful desktops and smartphones.”

Costain’s Steve Ellis said he hoped the high-tech presentations will inspire students to take a serious look at building a career in the industry.

He said: “With this, people won’t even have to go out and get their shoes muddy as they can get everything they need from these drones. Hopefully, this will get them interested in construction.”

Mastering a drone or becoming technically proficient on BIM all take practice, which is why it’s so important for school children to become familiar with the technology as early as possible, said Graham Starkey, Costain’s BIM Manager on the project.

“The industry needs to double the workforce over the next five years. The BIM process takes in the full spectrum of the construction process and we desperately need new blood,” said Graham.