‘Flying The Flag’ For Engineering 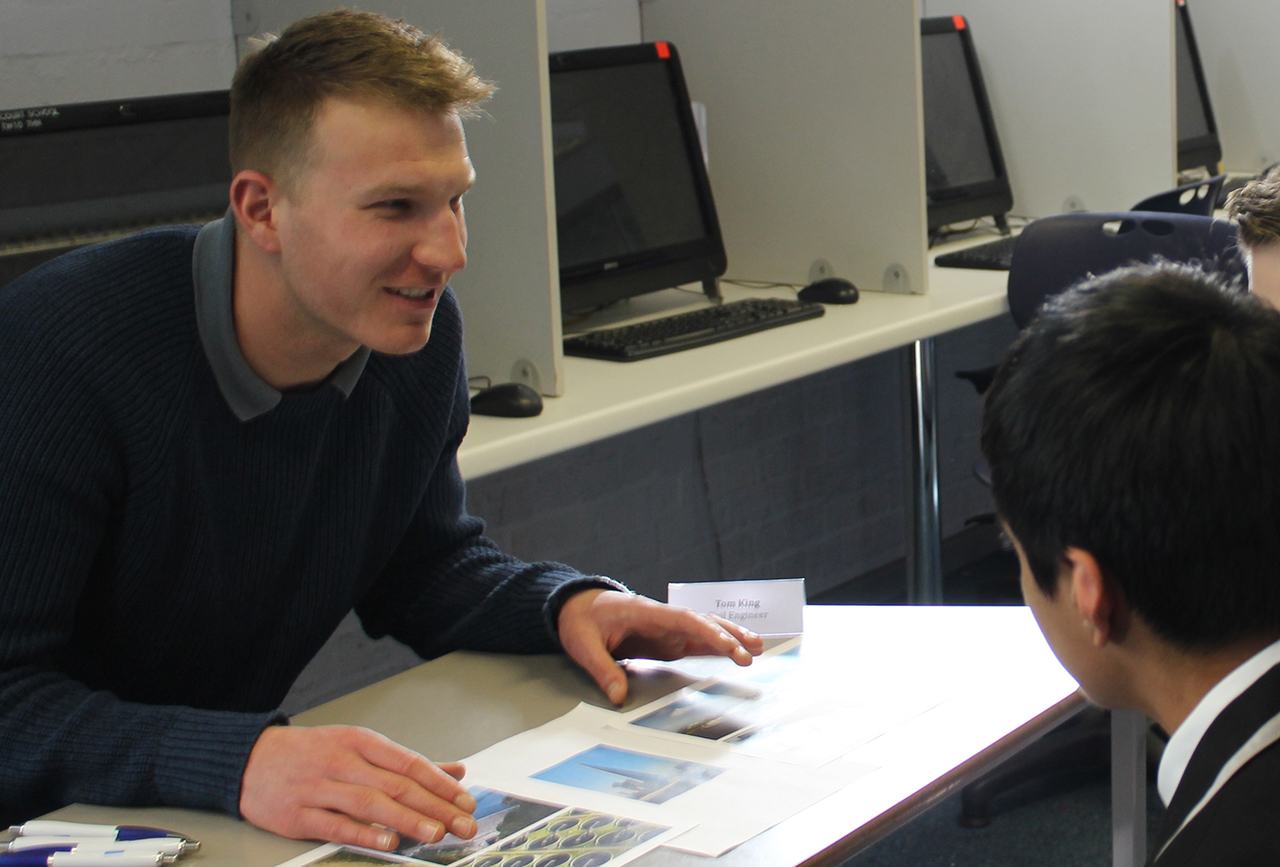 One of Costain’s staff on the Hammersmith Flyover recently ‘flew the flag’ for engineering careers at a local school.

Graduate Site Engineer, Tom King, is part of the below deck, bearings installation team on the Hammersmith Flyover refurbishment project. He was asked if he would participate in a careers day at Grey Court School and went along, not as a Costain representative, but to try to spark an interest in engineering in the secondary school pupils.

The day took the form of a ‘careers speed dating event’, with representatives of multiple industries. “The pupils came in, the teacher asked them what they wanted to talk about most, then sent them over to the appropriate station. There was a five-minute slot before a bell rang and they had to move round the room.

“I wasn’t there to advertise Costain, more to give them an insight into the industry. At their age, I didn’t know what I wanted to do, either, so perhaps I was able to give them a nudge. I took a lot of images of famous structures and Costain jobs. Mostly I spoke about London Bridge Station work, the Thames Flood Barrier and iconic structures such as The Shard.

“I asked them what they thought a civil engineer was and explained what I did. I explained the difference between contractors and consultants and told them what I liked about the job – being out on site and meeting people from different backgrounds. I also mentioned the downside – longer hours!

“Some of the guys I was sitting with, I could tell were interested and when the bell went for them to move on, I asked if they wanted to stay on for another five minutes. That happened five or six times throughout the day.

“It was a very interesting day; you can tell when you’ve got through to someone.”

Apparently the youngsters agreed – the school told Tom after the event that the pupils had voted him their favourite speaker.