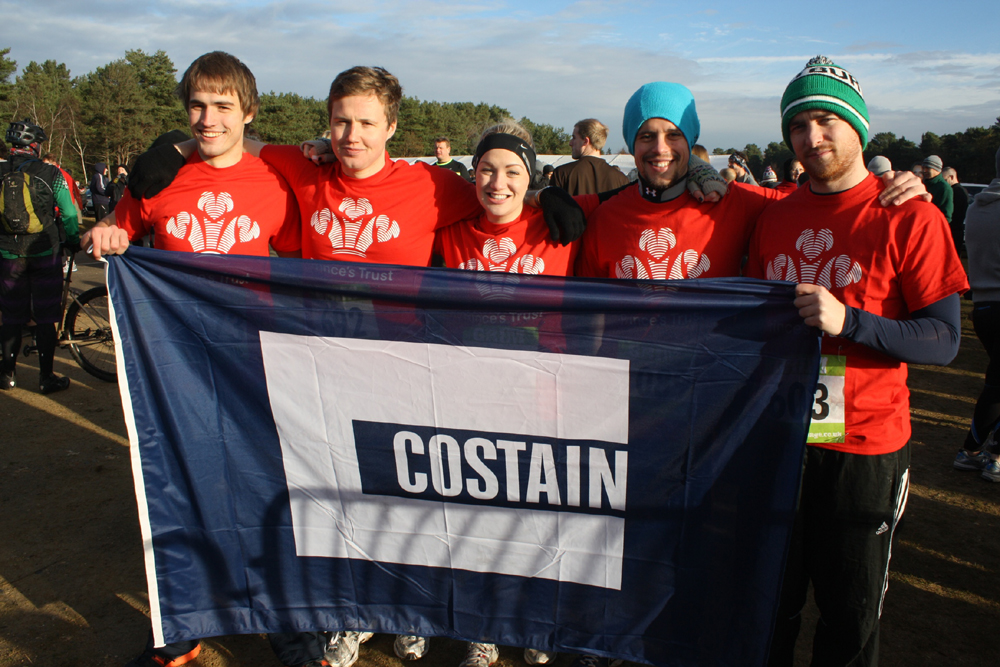 The link between Costain Cares and The Prince’s Trust charity has been strengthened through a group of graduate engineers.

A five-strong team took part in the aptly-named Grim Challenge, an annual 8.5-mile charity race over an army assault course at Aldershot in the dead of winter.

Having decided to participate, the team – Oliver Teall, Chris Crabtree, Adam Flory, Tom Cleary and Anna Davies – consulted Costain’s Corporate Responsibility Director, Catherine Warbrick, for an appropriate good cause to which it could contribute.

Catherine suggested the Prince’s Trust, of which Costain has been a patron since mid-2011.

Costain supports the Trust in its goals of helping tens of thousands of young people get their lives back under control, as well as shaping training opportunities around the skills shortages and job opportunities across the construction industry.

The Trust exists to assist young people aged 14-30 who face real adversity by helping them to realise their potential.  It focuses their efforts on supporting youngsters who have struggled at school, been in the care system, are long-term unemployed or have had brushes with the law.

“We had a sit-down meeting with the Trust,” said Tom. “They were happy to have us support them and provided us with branded t-shirts to wear on the day.”

Conditions were so bad for the race that the start had to be delayed for 45 minutes to allow organisers to break ice on the flooded areas through which the 3,000 participants had to run. The Costain participants braved the conditions to win more than £600 in sponsorship for the Trust.