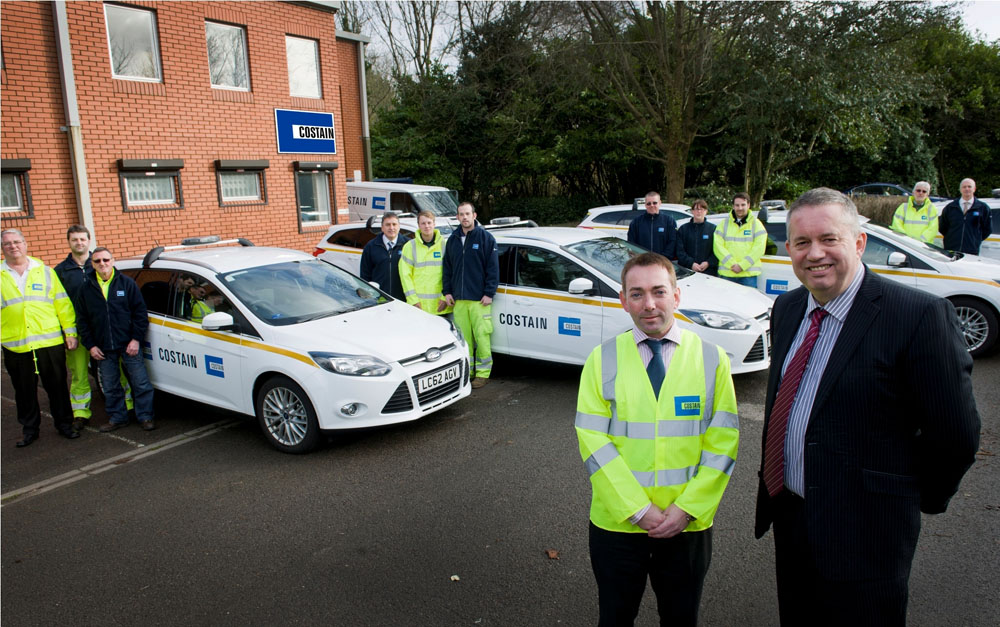 The Costain Highways Sector Team secured a four-year service contract from the Welsh Government in October 2012 to maintain IT and electrical assets on all Welsh motorways and trunk roads. The project was formally launched on 31 January.

“We’re delighted to have secured the contract that is the first of its kind for the Highways Sector,” said Mobilisation Manager, James Bulleid. “Our driving priority in setting up the new business has been to create a highly-motivated, efficient and technically skilful team that is well supported and equipped to maintain the road infrastructure to the highest standards required by the Welsh Government.”

Contract Manager, Phil Davies, leads the team, which has been divided between two operating centres: Treforest, near Cardiff, managed by Philip Meecham and Kinmel Bay in North Wales, managed by Ian Billington.

A fully-integrated approach to service delivery has been adopted, with Costain staff co-located and co-ordinating the work activity from the client’s offices in the Wales Traffic Centres in Coryton and Llandudno Junction.

Advanced, application-based technology and tablet computers have been introduced to boost efficiency and eliminate paperwork. The process will also provide a detailed log of the varied assets on the motorways and trunk roads managed by the Welsh Government and create a more proactive approach to asset management and maintenance.

The 32-strong technology team includes managers, engineers, technicians and apprentices who have transferred under TUPE rules to Costain. Team members bring with them a broad range of specialist skills covering CCTV, M&amp;E, electrical and IT system installation and maintenance.

“There is a huge level of enthusiasm for the new and positive changes that are being made to service delivery and adopting an analytical approach to asset management,” commented Phil. “The team is up for the challenge and we are excited about delivering on our promises.”