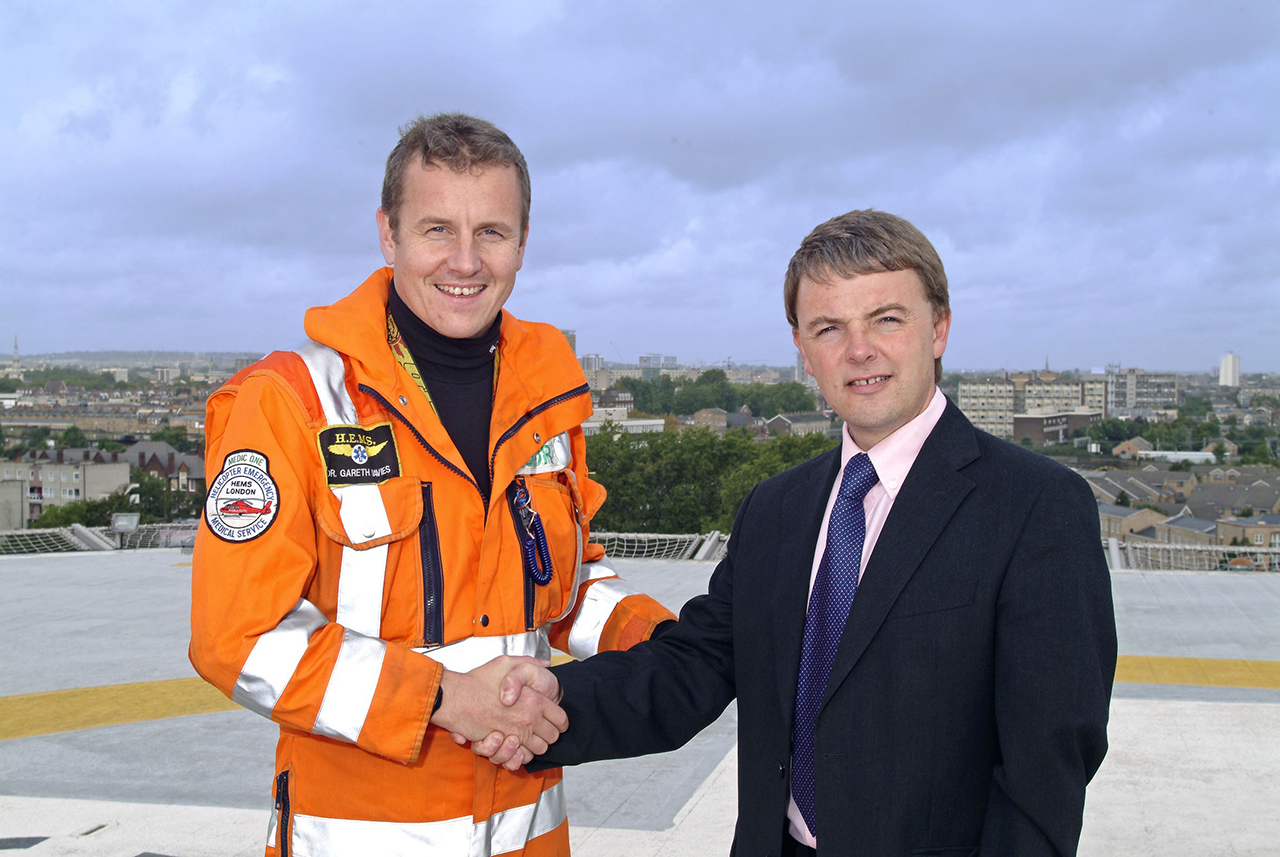 Clive Kraus’s life was saved by London’s Air Ambulance when he was involved in a major accident in 1995, and he’s never forgotten how lucky he is to be alive.

Clive, then a young Costain Site Manager working on a construction site in Beckenham, fell more than 15 feet in what was a potentially fatal fall. But thanks to the quick response of London’s Air Ambulance, he was quickly flown to The Royal London Hospital in Whitechapel for urgent life saving treatment.

That is why Clive, Senior Project Manager, has signed up to abseil down from the top of the helipad at The Royal London Hospital as part of the London Air Ambulance’s Annual Abseiling Challenge on 16 September. At 284ft high, the helipad is one of the highest in Europe and almost the same height as Big Ben.

London’s Air Ambulance is a charity that delivers an advanced trauma team to critically injured people in London. The service provides pre-hospital medical care at the scene of the incident and serves the 10 million people who live, work and commute within the M25.

One day 21 years ago, Clive urgently needed and received the skill and dedication of their service.

“I was going about some inspections when I slipped from a ladder and fell head first. My safety helmet took the full impact but I suffered a major head injury, including a fractured skull and total hearing loss in my left ear, and some major bruising to my neck and upper torso. London’s Air Ambulance delivered a doctor to my side in minutes. The journey to The Royal London took less than five minutes where I received the best care possible in the 'Golden hour', which saved my life,” said Clive, now a Senior Project Manager on the Tideway East Project.

Clive added: “Even today I always look to the skies when I hear a helicopter and often see them delivering an advanced trauma team to patients similar to myself by air, or road, with rapid response cars. My family and I will be forever grateful to Dr Gareth Davies (Medical Director at London's Air Ambulance and Consultant in Emergency Medicine at The Royal London Hospital) and his team for saving my life and all the other patients’ lives they have saved during their dedicated years of service.”

To date, London’s Air Ambulance has treated nearly 35,000 patients. But this vital service comes at a price. It costs around £6 million a year to run and relies on the donations and support of the general public. So far Clive has raised £1,015 of his £2,500 target.

For more information about London's Air Ambulance, please click on the link below:

To watch a video of London’s Air Ambulance in action, please click on the link: