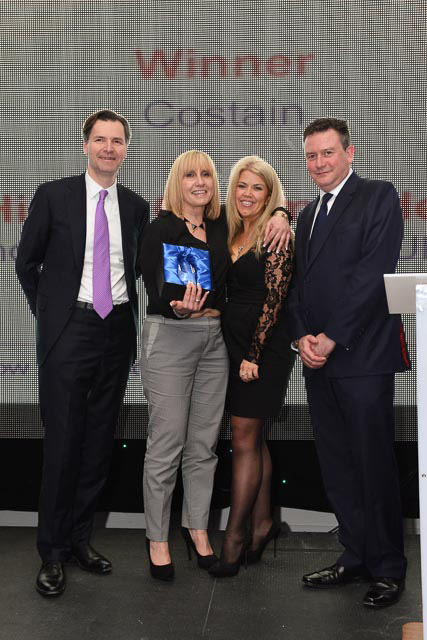 It took the top place in the Training Initiative – Real Cause Analysis and Health Campaign – Health Awareness Initiatives, while picking up highly commended awards in the Supervisor category with Stuart Howes of Costain VVB and the Team award with the Costain Black Hats (Front Line Supervisors).

“This means four trophies to add to our cabinet but also that Heathrow recognises our safety standards and culture that, with hard work and determination, has created an environment that is very special,” said Operations Director, Joe Kemm.

“The awards recognise our approach not just on safety performance but also to health and in understanding why accidents occur through Real Cause Analysis,” added Costain’s Director for Airports, Ross Agnew. “The highly commended categories recognise our team’s focus this past year. It is not just about initiatives, it is how our supervisors and black hats ensure that we deliver what we say at the front line.”

Training Initiative – Real Cause Analysis (Winner): As part of Costain’s continuous improvement process, a complete review of incident investigation resulted in the creation of a guidance toolkit to allow lead investigators to find the real cause behind ‘high significant near-misses’ on site. This looked at both processes and human behaviours. This training initiative changed individuals’ behaviours, forcing them to consider the real consequences of their actions – the objective being that clear root causes are identified and lessons are learnt so that incidents do not reoccur.

Health Campaign – Health Awareness Initiatives (Winner): Involved initiatives that went beyond people just going home safely at the end of a shift, but returning home healthier than when they arrived. Campaigns focused on issues such as high blood pressure, heart health and mini-health checks – some of which uncovered underlying problems that staff then checked out with their GPs.

Part of his citation read: “Stuart continually strives to improve the safety performance of the project and the working environment on site. He actively encourages near miss and hazard reporting, and regularly challenges each work force to report and rectify hazards before the end of a particular shift. This has positively affected not only the Tunnels Team, but also the entire Costain team at Heathrow.”

Team category - Costain &amp; VVB Black Hats (Highly Commended):  From their nomination: “By being approachable and knowledgeable they allow operatives to feel comfortable in raising near misses or any other issues. Since the beginning of the year Black Hats collected an average of 24 near misses a month, which demonstrates operatives feel confident voicing problems they have onsite, thus creating a safer place to work.